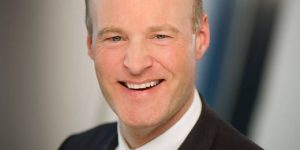 Stadlmann has been with the fund since 2014. His exit comes as the bank undergoes a structural shift. It’s moving $89 billion of its private client funds and a chunk of its staff to a joint venture with Schroders’ private wealth business.

The new venture will be launched next month. Lloyds will staff it with 300 of its advisers, with plans to hire up to 700. It will be exclusive to private banking customers of Lloyds and the Bank of Scotland—which Lloyds also owns—until the fourth quarter, when it expands to the wider UK market.

Lloyds will own 50.1% of the venture. Schroders has the rest.

Stadlmann’s replacement has not been announced.