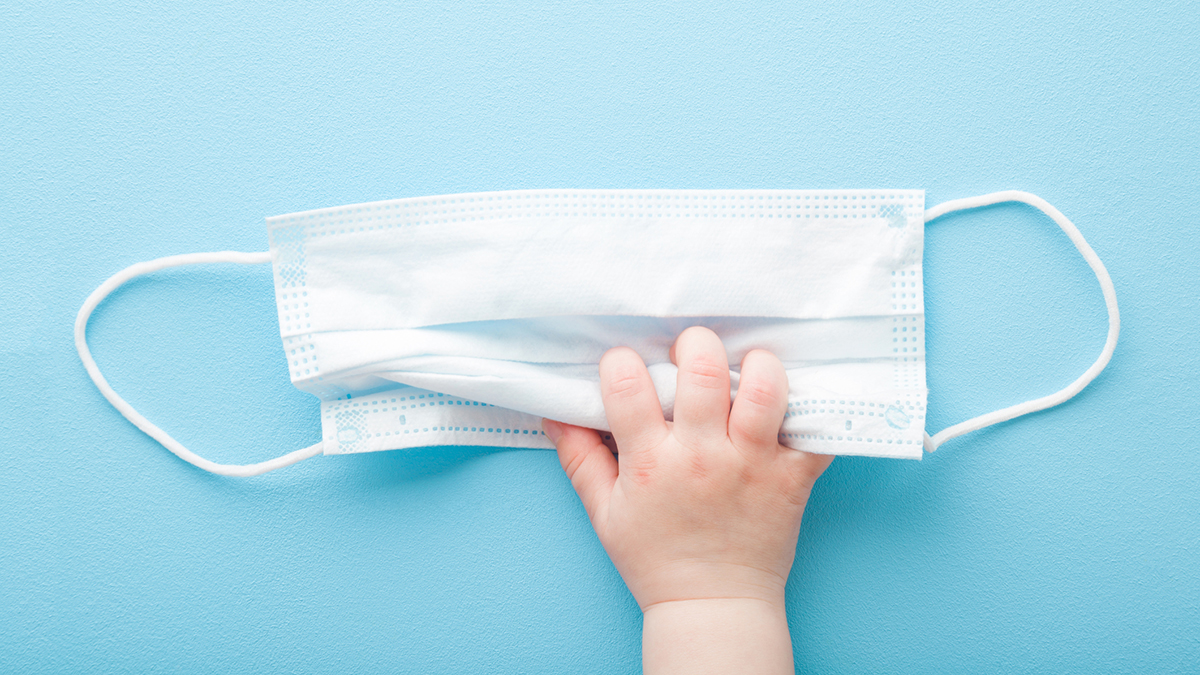 The number of births in most countries, including the US, was already on a decline. Then COVID-19 hit. People giggled that, with romantic partners forced to be in lockdown together, in nine months, births might rise again, especially for those without any children.

But there’s actually more likelihood of a baby bust, with 300,000 to 500,000 fewer births predicted next year, according to economists and a recent paper published by the Brookings Institution. And, with the number of global births already on a decline before COVID-19, the likelihood of it affecting the gross domestic product (GDP) is quite high.

“The loss of hundreds of thousands of births, coupled with the decline in fertility that has already been taking place over the past decade or so has important implications for the future of education, the workforce, and for Social Security. It may be that now isn’t the right time to embark on school construction projects. That’s where we’ll feel the impact first,” co-author Phillip Levine, professor of economics, Wellesley College, told CIO.

The paper’s co-researchers, Levine and Melissa Kearney, argue that other instances of lockdowns, including during blackouts and blizzards, have had little historic effect on increasing the number of births, yet job stability and times of economic loss, uncertainty, and insecurity continue to play an influential part on family planning and hits to population growth.

Cases in point: The researchers cited coal-producing areas, where changes in earnings directly correlated with birth booms and busts in the 1970s and 1980s. So did higher incomes from fracking activities, which led to increases in both marital and non-marital births in affected counties. Increases in house prices also lead to higher births from existing home owners. Conversely, places that faced fierce import competition from China, and had a reduction in employment and earnings, had lower birth rates. And women whose husbands face job loss during their marriage ultimately have fewer children.

When it comes to dealing with shrinkage, the world is watching Japan, where low migration and a declining number of births are causing concern. Some say it’s due to a shortage of women: In July 2019, there were 9,690,000 women between the ages of 25 to 39, 210,000 fewer than the same month a year earlier, according to the internal affairs ministry.

Yet others point to job instability, contractual jobs, and a disproportionate load of household responsibilities. Decades ago, “lifetime employment” was a proud perk of large corporations in Japan. Now, employment opportunities are on the decline for young men. In 1960, 97% of men age 25 through 29 were employed, but by 2010, only 86% were employed.

“Even more important than overall employment rates, a large proportion of the young men who are employed today are in temporary jobs, very likely affecting their marriage prospects,” according to research by Noriko O. Tsuya of the Honolulu: East-West Center. Of the workforce, 40% are gig or contractual workers. And although employment numbers are rising for Japanese women, many women are still spending a disproportionate amount of time on housework—27 hours per week, not including child care, compared with men’s average three hours per week.

Japan instituted parental leave in the 1990s to make family planning easier, but it wasn’t a powerful motivator because it only offered 50% of wages, and wasn’t always enforceable, especially with smaller businesses.

Yet, now, the pace has been set: By 2060 roughly 40% of Japan’s population will be elderly. Currently, one in three are already over 60.

“In 2020, Japan’s population for people in the 16 to 64-year-old age group is contracting by 0.8%, actually declining,” said Kathy Bostjancic, chief US financial economist, Oxford Economics.

It is expected to directly affect the country’s workforce, which, in turn, affects its GDP.

The growth rate of an economy is driven, in part, by the rate of change of the working population, which is typically from 16 to 64 years old. In fact, it’s a 1:1 relationship if we can’t overcome the drag on productivity. In the late 1990s to early 2000s, the potential US GDP growth rate went from about 3% to 2%, and, at the same time, our population growth slowed around 1 to 1.5 percentage points, Bostjancic said.

The United States’ population is starting to flatline. “We lost .7 in the 2000s and then we lost another .8 just from the population contribution to GDP in the last 10 years,” Bostjancic said. “Let’s keep it simple: In 2000 it went from a 1.5% growth to 0.8 in 2010, and then if we fast forward to the start of this year, it was essentially flat.”

Studies show that roughly 2.1 children per woman is the number that keeps a population expanding. Globally, the fertility rate—which measures the average number of children per woman—is just below 2.5 children per woman today, but has halved over the past 50 years, according data from to the World Bank. The number of newborns in the US has also been down (from 1.86 kids per woman in 2006 to 1.73 in 2018). And population growth affects consumer demand, since, with more people, there’s more demand for housing and more demand for durable goods such as automobiles, and fewer people paying into pensions. Slower GDP growth usually means lower interest rates because they move in tandem.

“The faster the economy growth tends to be, the higher interest rate and rate of return you can generate from your assets,” said Bostjancic. And, ultimately, when it dips, “it lowers your prominence in the world at a time where we’re competing with China,” said Bostjancic.

In fact, according to research and a forecasting analysis of 195 countries and territories from 2017 to 2100, recently published in the medical journal The Lancet, we’re headed for a shift.

Fertility, mortality, migration, and population scenarios from 2017 to 2100: a forecasting analysis

“Everywhere outside of Africa, at least in the next 25 years, we’ll go into that switch,” said co-author Christopher Murray, director of the Institute for Health Metrics and Evaluation (IHME) at the University of Washington. “It’s already started in China, which is extraordinary, where the number of people in the working age population has hit a peak a couple of years ago and is now declining.”As a result, China is expected to exceed the U.S. GDP, but then face a 50% drop in its workforce and tumble back down in GDP due to its population drop, (which was accelerated a bit by their former one-child policy).

Experts say the largest influences on births are a woman’s years of schooling (every extra year reduces fertility), and their access to reproductive health services, and contraception and abortion services. What reverses it, along with a booming economy, is the ease at which women can raise their families.

“Hopefully we’re going to see people focusing on making it easier for women to pursue careers and have children, maternity leave, paternity leave, child care support, not penalizing women for taking time off to have children in terms of career advancement, that sort of approach,” Murray said.

Using immigration to bolster the workforce has been a mainstay for the U.S., Canada, Australia, and New Zealand for the past 25 to 30 years, and it won’t be an issue over the next 25 years, Murray predicted. But he anticipates another shift will happen later this century.

“Progressively, more and more people will want migrants to deal with this [workforce] problem. But there will be fewer countries that will have emigration. That will create a shortage of global migrants later in the century,” said Murray.

So… What Are the Takeaways?

If most of the population worldwide is aging out of child rearing, except, maybe, India, what’s the game plan for long-range investors?

“In a scenario where, between now and 2050, in two dozen countries the population is not only getting older but declining in an absolute sense, and may even be accelerated by a COVID-19 baby bust, there will be less demand, and therefore, even greater deflationary pressures and probably more health care expenditures will be needed,” noted Joe Quinlan, head of Market Strategy for Bank of America’s Chief Investment Office.

There is also a COVID-19-related migration to more rural areas.

Companies that have, say, 200,000 employees now, will need to re-think their underlying assumptions.
If they automate, they’ll also have to refine things, like making self-checkouts easier, so the elderly can continue to navigate the world around them. Look to the Amazon grocery stores, for example, where items are automatically added to your bill without the need to scan them, Quinlan said. In the future, he said he thinks there will be less cash, more self-distancing or non-contact checking out and checking in.

But a store that does not accept cash still leaves those without credit cards or smartphones hungry.

“We see a lot of technology but how quickly is it adaptable and embraced by 50% plus of the population? That’s the magic number when you get the economies of scale,” Quinlan said.

Japan is already embracing robots, for example. At some hotels, you will not see a human during your check-in process. With about 6.7 million Japanese who need care and roughly 1 million of them in nursing homes, the country is also already using robots, such as SoftBank’s “Pepper,” to help elderly people with dementia. Robots and immigration could also help a country’s productivity.

If births are tied to the economy, and it may take years for production, travel, and manufacturing to ramp back up, plans for building families may be delayed or tossed out altogether.

“What I’m watching in particular is our jobs, job growth, bankruptcies. Small businesses are still finding it very difficult to operate. If a restaurant is open at only 20% to 50% capacity, you can’t hang on for too long,” Quinlan said.

If small businesses are responsible for at least 40% of the U.S. economy, including output, state revenue, local employment, and local community, then government support will be crucial. “The more we lose that small business support that underpins the economy, the more fragile it will be to recover it,” said Quinlan.

Any potential baby bust may be gradual, but it may be felt hardest 20 years from now.

“What happens today with the birth rate doesn’t immediately impact the economy today so much. It’s really let’s say what happens 20 years from now when kids would be graduating from high school or college,” said Oxford’s Bostjancic.

No. 1 Economy-Affecting Trend for the Next 30 Years: Aging Populations