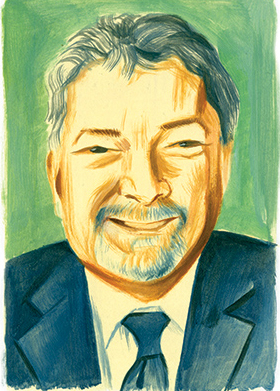 The $48 billion fund announced that the CIO’s surprise resignation had already taken effect as of May 29, 2015.

The public pension plan commended Kushner’s investment expertise, particularly as he grew the fund by $9 billion during his tenure.

Since joining LACERA in November 2011, Kushner directed more than $4 billion in private equity investments through 37 partnerships, the fund said.

According to the fund’s data, it gained 7% for the year ending December 30, 2014. It also returned 11.6% and 9.3% for three- and five-year periods respectively, beating both its benchmarks.

He also praised Kushner’s knowledge of the private equity market and his ability to attract and retain talent at LACERA.

Kushner, two-time member of CIO’s Power 100 list, has said he strongly believed in full disclosure when it comes to manager selection.

“Any manager who says, ‘Just give me your money, trust me, and I’ll send you a report,’ gets shown the door very quickly,” he said in 2013. “Somebody’s got to be a fiduciary to this fund.”

LACERA said it would begin the search process to fill the CIO position soon. In the meantime, Principal Investment Officer Vache Mahseredjian will serve as acting CIO, the pension plan said.

Prior to his post at LACERA, Kushner spent 10 years as CIO for the San Francisco Employees’ Retirement System. He also served as vice president and senior portfolio manager for US equities at ING Investment Management.

Kushner did not respond to a request for comment at time of press.

« How to Make Money from a Changing Climate