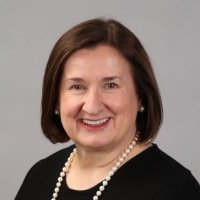 Gloria Reeg, CIO of the New York-Presbyterian Hospital, will retire at the end of 2016, the hospital has confirmed.

Reeg joined New York-Presbyterian in 2007 to oversee its $5 billion investment portfolio, which includes both endowment and retirement assets. The hospital is currently recruiting a new CIO to succeed her.

While CIO, Reeg has served as chairperson of the hospital’s defined contribution investment committee, as well as chair of the investment advisory subcommittee for MCIC, a joint venture offshore insurance company.

Reeg’s tenure as an investment professional includes serving as global head of fixed income at Principal Global Investors and global head of consulting at Russell Investment Group. Prior to joining New York-Presbyterian, she was the treasurer and chairman of the investment committee for the Casey Family Programs foundation.

“I look forward to doing my part through the management of the endowment to help NYU sustain its academic momentum and global reputation for excellence,” she said in a statement at the time.