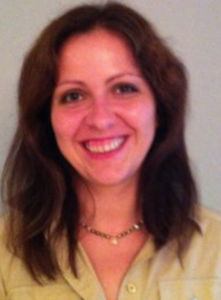 Comptroller Thomas P. DiNapoli, who announced Titarchuk’s appointment, thanked Fuller for her six years with the fund. He said that during her tenure, Fuller helped the pension fund reach “a record annual value and provided annualized investment returns that exceed our target rate.”

During her time at New York State Common, Fuller and her team harvested 8.75% in returns annually. The fund’s assumed rate of return is 7%.

Fuller, who leaves at the end of the month, thanked DiNapoli for “his trust and support,” and had several parting words for the New York State pension fund’s staff as she passed the torch to Titarchuk.

“I will miss our inspiring and dedicated investment staff, but I am proud to leave the Fund in a strong position and secure in the knowledge that Anastasia is a talented and thoughtful leader,” said Fuller.

The comptroller also praised Titarchuk for her work as deputy CIO, a role she has held since 2015. She joined the fund in 2011 as director of absolute-return strategies. Prior to her time with the fund, Titarchuk worked a variety of Wall Street jobs in equity derivatives at JP Morgan Chase, Barclays Capital/Lehman Brothers, and Bank of America.

The fund will consider a national CIO search later this year.
New York State Common is the third-largest public pension fund in the US.