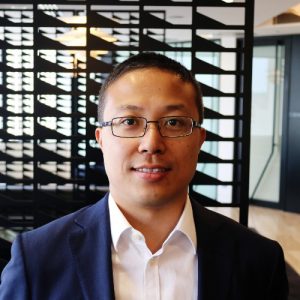 
Another CIO NextGen alumnus has advanced his career with a promotion, this time to a key job Down Under.

Wu’s new role was one of four new positions State Super created in the fall. The fund also named Gary Gabriel as its new CIO on the same day.

Wu told CIO his previous role was “very investment-focused,” and he is now adjusting to the additional executive responsibilities of being a deputy chief, along with tweaking his time management skills. “That’s more on the corporate side,” he said, which includes the likes of finance operations, human resources, and even more direct reporting to his superiors.

Wu has been at State Super since 2015, first joining as the head of asset allocation and risk. Prior to the fund, he worked at the Media Super, Everest Financial Group, and consulting giant Mercer.

He is also a member of the CFA Societies Australia.

Richard Headley, State Super’s previous chief, told CIO last year that Wu brings a “thoughtful” approach to his leadership. “His dedication to drive innovative techniques in the investment discipline has added significant value to our asset allocation approach and our capabilities as a team,” he said in Wu’s NextGen profile.

One of those innovations was revamping State Super’s investment portfolio using a variety of techniques, such as machine learning.

“We’re kind of getting to a stage where the investment process is battened down,” said Wu. “We’ve generated some decent value add in the last three years. My aim [now] is to try to stabilize the situation, not creating [a] new process.”

Wu compiled a good record. “I tell them what I’m going to do and then I deliver,” Wu said.

The CIO NextGen profile, which replaced our Forty Under Forty list, has seen members of the club boost their careers within a short timeframe. Wu is the latest talent to win promotion in the past year, joining the Children’s Hospital of Philadelphia’s new CIO,

“Being named as the NextGen CIO definitely adds the profile [and] the exposure,” he said, adding that it internally adds to the credibility of young and hungry investment professionals.

CIO’s current NextGen search is underway, through April 5. Asset owners and managers can nominate their favorite rock stars on their way to becoming the next group of financial leaders by filling out the survey at this link.