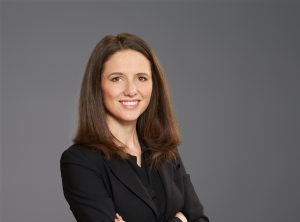 The system named Wallace to the position on Tuesday, the Globe and Mail reported, after she served as senior vice president of pension services and communications for nearly two years.

OMERS announced Hutcheson’s appointment last month. He succeeds Michael Latimer, who had a two-decade run at the organization, serving six of them as CEO. He will formally step down from his position and retire on May 31.

As senior vice president, Wallace oversaw a transformational modernization of the pension’s IT services, intended to improve the administration of the pension plan. She also led a team that provides services to OMERS’ 500,000 pension plan members and 1,000 employers across Ontario to increase member and employer engagement and satisfaction.

Latimer, whose departure brought about the flurry of promotions within the firm, said in a statement, “As the outgoing CEO, I would like to thank each and every employee of OMERS, past and present, for their contributions to our significant growth over these years. I would also like to thank our Board of Directors for their support. Without both, achieving our goals would not have been possible.”

Under Latimer’s leadership, OMERS’s assets have grown from $65 billion to over $100 billion, with a consistent generation of 8% in annual net returns, improving the plan’s position to near full funding.