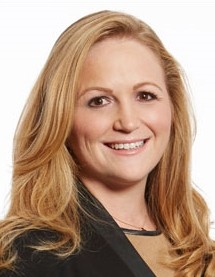 Musicco is currently regional managing director at OTPP’s Hong Kong office, where she relocated last year. Upon returning to OTPP’s Toronto headquarters in January, she will replace Wayne Kozun as senior vice president, public equities. Kozun is leaving the pension fund after more than 20 years, OTPP said in a statement.

Musicco joined OTPP in 2002 in the private equity team and helped establish the Hong Kong base, which opened in 2013.

In her role overseeing the pension’s Asian operations, Musicco “has the oversight responsibility for managing the full cycle of OTPP’s opportunity in origination, analysis, value creation, and execution of investment activities in Asia Pacific,” the pension fund said. Her replacement in Hong Kong has yet to be announced.

Kozun was appointed to the public equities role in February as part of a leadership overhaul following the arrival of Bjarne Graven Larsen as CIO at the start of the year. Kozun was previously senior vice president for fixed income and alternatives, and has worked at OTPP since 1995.

« The Gravity of Power