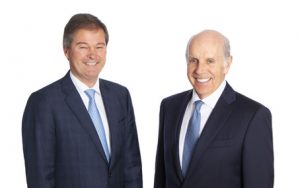 Ron Mock, president and chief executive officer of the Ontario Teachers’ Pension Plan, is retiring at the end of the year, the fund announced.

Jo Taylor will succeed Mock, who will end a near-two decade career with the C$191.1 billion ($145.5 billion) pension plan. Taylor is currently the executive managing director of global development. He’s been with the fund since 2012.

Mock joined Ontario Teachers’ in 2001, when the fund had C$69.46 billion in assets under management, and he held various roles until his 2014 promotion. Under his leadership, the fund grew more than C$50 billion, from C$140.8 billion at the end of 2013, to its current stature. The plan is now the largest single-profession pension fund in Canada.

Ontario Teachers’ Board Chair Steve McGirr said Taylor was chosen as Mock’s replacement “for his ability to advance the organization’s global effectiveness and build for the future,” and his expertise in building high-performing diverse teams.

Mock said Taylor is “an excellent choice” to replace him, but also called the fund his home for almost 20 years. “I’ve seen Ontario Teachers’ evolve in many ways over that time,” he said. “It has been a privilege to have been CEO of this remarkable organization.”

Ontario Teachers’ Blasting Off with SpaceX