Home > News > Market Moves > Paul Tudor Jones Says Stocks Will Be Boffo, but then … Look Out Below 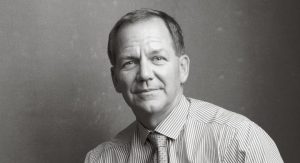 Hedge fund luminary Paul Tudor Jones, who predicted the 1987 stock crash, has been making bullish sounds lately about a lollapalooza of a rally coming later this year. “I can see things getting crazy, particularly at year-end after the mid-term elections,” he said Tuesday on CNBC.

Less noticed was that Jones had a codicil to that optimism: Higher interest rates that this rally would help bring, along with rising inflation, will lead to a recession. That’s because the Federal Reserve would hike rates sufficiently to trigger a downturn.

“I think this is going to end with a lot higher prices and forcing the Fed to shut it off,” he said. The result will be “some kind of contraction … It’s an old story and we’ll probably play it again.”

While Jones doesn’t foresee a stock crash akin to the 1987 one, he does see parallels with that year. Some analysts have pointed to the ’87 crash as a precursor of the 1990-91 recession. That, of course, was a relatively mild economic dip, prompted by too much borrowing—and the Fed’s boosting interest rates to stifle budding inflation. That downturn lasted just eight months and the drop in gross domestic product (GDP) was only 1.4%. Contrast that with the Great Recession: one year, six months, and a GDP slide of 5.1%.

In recent months, Jones has delivered other jeremiads, saying the nation was in the “throes of a financial bubble.” The Fed needs to be more aggressive in its rate-raising regimen, he told his investors in a note this winter. Bonds especially stand to get creamed, he warned, saying, “If I had a choice of holding a US Treasury bond or a hot burning coal in my hand, I would choose the coal.”

Jones tripled his money by shorting the market in 1987, yet nowadays has had a tougher time, although that may be ending. Thus far in 2018, his main fund has returned 7.6%, according to Bloomberg, his best year-to-date showing since 2013.

At the moment, Jones is not heavily in the market, he said. That presumably will come later, in late 2018, when he contended that the stock run-up will be “phenomenal.”

« Investments Pour out of EM Funds, but Why?