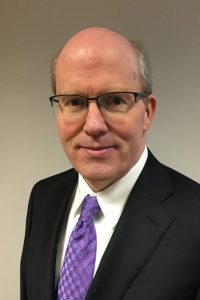 After a six-month search, Penn State’s $4 billion endowment has found a new chief investment officer, and he’ll be flying in from Montana just in time for the fourth quarter.

Joe Cullen will replace John Pomeroy on September 16, leaving his CIO role at the Montana Board of Investments. He has held that title at the $18 billion fund since 2015.

Pomeroy, Penn State’s chief of 17 years, retired last December. His successor will be the institution’s second CIO. Deputy CIO Sonali Dalal had been the acting head during the interim.

“Replacing a chief investment officer of John Pomeroy’s caliber has been a real challenge, as John will be a very tough act to follow,” Cullen’s new boss, Executive Director David Branigan, said. “Joe Cullen brings to Penn State’s Office of Investment Management a high degree of experience, expertise, and professionalism.”

Cullen’s former boss, Executive Director Dan Villa, will double as acting CIO for now, he confirmed. Although he did not comment on Cullen’s departure, Villa said the board will discuss “recruitment options” at its August 20-21 meeting.

At his new post, Cullen will coordinate the university’s investment strategies and portfolio construction in conjunction with mitigating risks as well as managing investment performance.

“Education has been an important part of my life, and I’m excited to join a leading institution like Penn State and support its mission to impact the world through teaching, research and service,” Cullen said.

Cullen was earning about $250,000 at the Montana Board of Investments, according to the Skorina Letter, the newsletter of CIO and institutional executive career recruiting firm Charles Skorina and Co. The business expects him to make at least double that at his new gig.