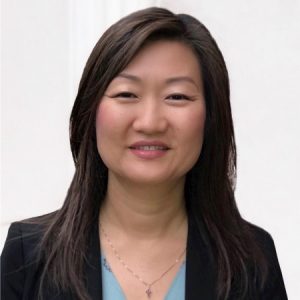 Susan Oh had been working at the Pennsylvania Public School Employees Retirement System for 22 years before she noticed something: She was the organization’s only woman investor.

“The company has really provided a lot of opportunity for growth,” she said at a panel at the Pension Bridge conference in San Francisco. “However, I was the only female investor the whole time.”

Oh, a former NextGen here at CIO, said one of the biggest challenges is that there is an “unconscious bias” in the industry, or a previously made decision based on a stereotype a person may not be aware they have made.

“That has really delayed the process of having a woman having strong influence at the top from a management perspective,” said the director of risk parity, currency hedging, and strategic implementation at the Pennsylvania fund.

Following years of running various portfolios, including non-US equities, portable alpha strategies, swaps, risk parity, and currency hedging, Oh lamented that she had not made the revelation until she had been asked to speak on a panel at last year’s annual conference.

“I realized when I was asked to participate on this panel last year, I started doing research and I found out that this is really an issue in this industry,” she said.

Oh, who is of Korean descent, and therefore hitting two investing outliers as both a woman and a minority, knew she had to start making an immediate difference. She started as a CPA, which she said has 50% female representation. However, the number of female investors is extremely low. She began to actively speak on diversity panels as often as she could.

“That led us to bring more awareness so I’m speaking to the management more about the need because I truly believe that this is the single most important thing that CEOs / CIOs can do to really sustain the business,” she said, reminding the audience that investors are in the business of “finding uncorrelated alpha.”

She also speaks at universities to bring awareness of the issue as well as encourage more women to take on the career path of investing.

“It really started with the intentionality, that’s the main focus, and trying to really honor the people who are in this profession, because they have persevered,” she said.

“There is just a pool of people who are ready to be awakened,” Oh said. “And I know that there is a pipeline that we need to work on, so it’s about bringing women in who are able to be promoted as well as being able to go beyond and founding their own companies.”

« At Pension Bridge: How a Utah Pension Plan Invests in Farmland