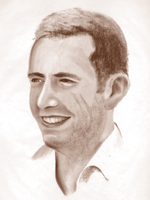 Groves, who appeared on CIO’s Forty Under Forty in 2012, has joined the pension de-risking specialist from insurance company Friends Life where he had held the same position and oversaw £100 billion in assets.

In this new role he will be responsible for PIC’s portfolio, including asset and liability management, manager selection, and interest rate and inflation hedging strategies, the company said.

PIC has £14 billion under management primarily invested in investment grade corporate bonds, UK Government debt, and cash. However, the investment team has made some more esoteric investments, including direct real estate financing and other illiquid products.

Related Content: The Day After the Buyout… & Forty Under Forty – Robert Groves