US-based public pension funds have become the biggest source of capital for hedge funds, beating out endowments or foundations, according to Preqin.

These funds are increasingly investing in the asset class, the report said, accounting for approximately 16% of the total institutional capital allocated to hedge funds.

This is despite recent distancing from hedge funds by high-profile pension funds like the California Employee’s Retirement System, which last year announced a $4 billion divestment from hedge funds.

Not only has the number of US-based public pension funds with stakes in hedge funds increased—from 269 last year to 283 currently—the amount these funds are investing is also up. Year-on-year increases in mean hedge fund allocations rose from 7.2% at the end of 2010 to 8.8% at present.

These increases are in keeping with the results of a survey published in March by KPMG, the Alternative Investment Management Association, and the Managed Futures Association, which predicted corporate and public pension funds would become the primary source of capital for hedge funds by 2020.

According to Preqin, the most desirable hedge fund strategy for US-based public pension funds pension funds was long/short equity, which 54% of investors preferred. This was followed by multi-strategy and macro funds, with 48% and 44% of funds showing appetite, respectively.

Least popular among US-based public pension funds were distressed funds, sought by 29% of investors, and commodities, chosen by 26%.

In addition, the report found 52% of US-based public funds invested only in funds of hedge funds while only 20% chose direct investments. However, Preqin said more investors will likely move towards direct hedge funds “as they acquire more experience in the asset class and expertise in manager selection.”

The majority of public plans (90%) also preferred to invest in North America, while 32% showed interest in emerging markets. A third, meanwhile, chose to invest in Europe. 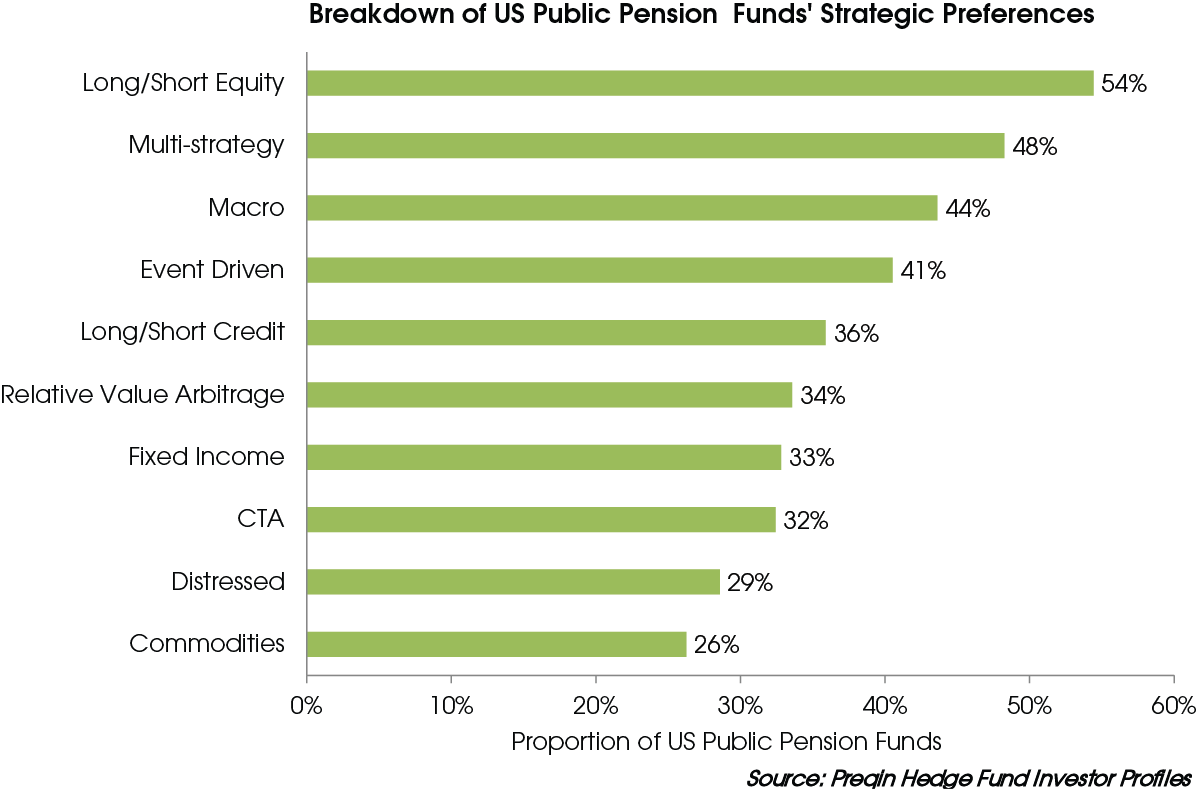