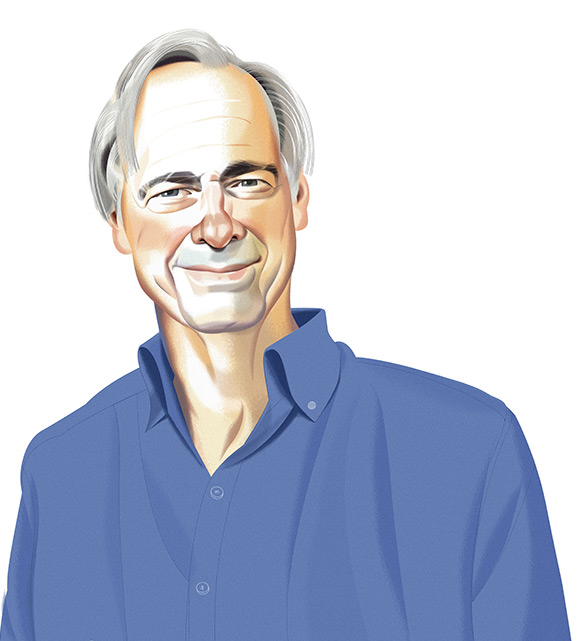 (Art by Nigel Buchanan)“Ray Dalio and Bridgewater believe that too much has been made of the shift in their thinking and want to clarify their thinking.”

That was the statement from the world’s largest hedge fund following leaks of a private investment note on China’s crash.

Reports began rolling in Wednesday that Bridgewater is no longer bullish on China’s economy, following the country’s most recent and dramatic stock market dive.

“Our views about China have changed,” Bridgewater’s founder Ray Dalio wrote in an internal memo, according to the Wall Street Journal. “There are now no safe places to invest.”

“The observations that were made simply noted that falling stock prices have a negative wealth and negative psychological effect.”

The comment came as a shock as Dalio had said China’s stock market move was “not significantly reflective of, or influential on, the Chinese economy, Chinese investors, or foreign investors” as recently as earlier this month, the Journal continued.

This week, instead of viewing China’s problems as “opportunities,” Dalio warned “even those who haven’t lost money in stocks will be affected psychologically by events, and those effects will have a depressive effect on economic activity.”

However, soon after the private comments were leaked to the media, the $169 billion hedge fund clarified its positions, saying “too much has been made of the shift in their thinking.”

In addition, the firm said it still believes China has the resources to manage debt and economic restructuring challenges going forward.

Bridgewater’s clarification is reproduced in full below:

While the report to Bridgewater clients is a private communication which they want to continue to try to keep private, Ray Dalio and Bridgewater believe that too much has been made of the shift in their thinking and want to clarify their thinking.

The observations that were made simply noted that falling stock prices have a negative wealth and negative psychological effect. When a classic stock market bubble (supported by unsophisticated investors buying stocks on a lot of margin) bursts, there are negative growth effects. When combined with the debt and economic restructurings underway, that will most likely result in slower growth, and more stimulative government policies to offset these downward pressures.

Bridgewater’s view that China faces debt and economic restructuring challenges, and that it has the resources and capable leaders to manage these challenges, remains the same.

« The Politics of Pensions: When Deficits Buy Votes