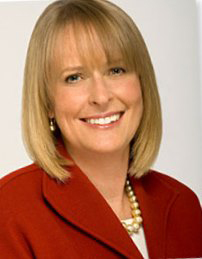 Investment chief Anne-Marie Fink will step down to serve as CIO at Matheys Lane Capital Management, a local multi-family office with $849 million in assets under management. She initially came to the $7.5 billion pension fund in late 2012 following a lengthy career at JP Morgan.

At the time of her hire, then-Treasurer Gina Raimondo called Fink a “successful finance professional” who would “work to manage the portfolio’s risk and volatility while producing steady returns in these turbulent financial times.”

The current state treasurer, Seth Magaziner, said he wished Fink “all the best in her future endeavors.”

A spokesperson for the office said an interim CIO would be named soon.

« ‘Once and For All’: Asset Managers Take on Diversity