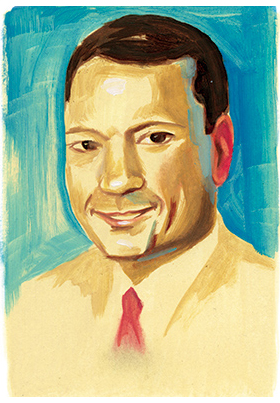 “At the heart of this shift is a belief that economic growth and inflation are the two most significant return drivers of the investments we manage,” he continued. “However, how the future will unfold regarding growth and inflation is simply unknowable. What we do know is which investments should perform well or poorly given the economic scenario playing out at any given point in time. History has provided us a guide in this regard and, more importantly, there are underlying fundamental reasons that allow us to corroborate actual performance with expected performance in these various economic climates.”

To help guide MOSERS’ assets through these unknowable future markets, Dahl has assembled an all-star cast of the world’s most respected alternatives firms: “We have never let being different stand in our way of doing what we believed was right.” Ray Dalio’s Bridgewater Associates, Howard Marks’ Oaktree Capital Management, Stephen Schwarzman’s Blackstone, Bill Ackman’s Pershing Square, as well as hedge funds Brevan Howard and Eton Park. The pension plan is known across the institutional investment industry for being an early adopter of alternatives—a move that has drawn comparisons to the Yale endowment (the pioneer of alternatives in the non-profit space) as well as critiques.

Dahl obliquely answered those critics in his 2014 letter. “I also believe that the biggest risk we face with this approach is the risk of being different,” he wrote. “As those who know us have come to understand, we have never let being different stand in our way of doing what we believed was right. Excellence in this business can only be achieved by a willingness to stand alone.”

Yet more impressive than his manager lineup is the respect Dahl garners from his peers. “Rick Dahl of MOSERS, he has to be on your list,” Chris Ailman, CIO of the California State Teachers’ Retirement System, told CIO in 2012 as the initial Power 100 was being chosen. “Of course, he’d rather be on the cover of Turkey Hunting Magazine or something, but he is the man.”