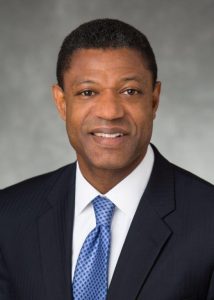 Effective January 4, Roy Swan is joining the Ford Foundation as director of its Mission Investments team, the organization announced Monday.

“Roy brings such a wonderful balance of corporate investment and social impact experience to the foundation,” Darren Walker, president of the Ford Foundation, said in a statement. “We are truly fortunate to have him lead our growing team and push forward our commitment to mission investments.”

“Although we are sad to see Roy go, we are excited for him to continue to use his extensive experience with community development in this new opportunity,” said Audrey Choi, chief sustainability officer and chief marketing officer at Morgan Stanley. “We wish him all the best and look forward to seeing the great work to come out of the Ford Foundation in this important area.”

Swan has dedicated much of his career to improving the quality of life in low-income neighborhoods. Prior to his days at Morgan Stanley, Swan was the founding CIO of New York City’s Upper Manhattan Empowerment Zone (EZ), a federal initiative designed to provide relief for impoverished urban communities. It was there that he partnered with chief executive Deborah Wright for the development and execution of the EZ’s $250 million investment fund, which contributed to economic rebirth for Harlem. Swan later became chief financial officer at Harlem-based Carver Bancorp, Inc., the nation’s largest African-American managed bank.

“We’re delighted to have Roy on board,” said Xavier Briggs, vice president of Economic Opportunity and Markets at Ford. “He has immense experience and leadership ability, and with our partners in this exciting field, he’s so well positioned to innovate—to help the market grow with integrity and produce meaningful impact on people’s lives.”