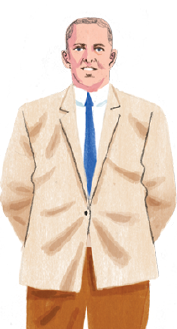 Jason MacDonald (Art by Dadu Shin)Rutgers University has picked Jason MacDonald—head of private markets for the New Jersey Division of Investments—as its inaugural investment director, the school confirmed to CIO.

MacDonald will be responsible for overseeing the $1 billion endowment, aided by Rutgers’ consultants and investment committee. He begins July 20.

His supervisor Chris McDonough, head of the pension since 2013, praised MacDonald’s work over the last nine years.

“Jason has been instrumental in building the alternative investment portfolio at New Jersey and his contributions to the Division of Investment and the state are too numerous to list,” McDonough told CIO. “Suffice it to say he will greatly missed.”

McDonough has not yet named a replacement. He said he will work with the outgoing staffer to “ensure the alternatives program continues to be managed in the thorough and robust fashion it has been under Jason’s leadership.”

Rutgers is the largest post-secondary institution in New Jersey, serving roughly 70,000 students. As the first director of investments, MacDonald is set to develop its long-term asset management program.

“As a proud alum of Rutgers University, this is a dream job for me,” he said, praising McDonough and his pension fund colleagues as “unbelievably talented” mentors. “I’m sad to be leaving the Division of Investment, but very excited to use the immeasurable experience I’ve gained there and put it to use in my new role at the University.”