Home > News > Newsmakers > The Co-Founder of Shareholder Activism Is Dead, but His Cause Is Thriving 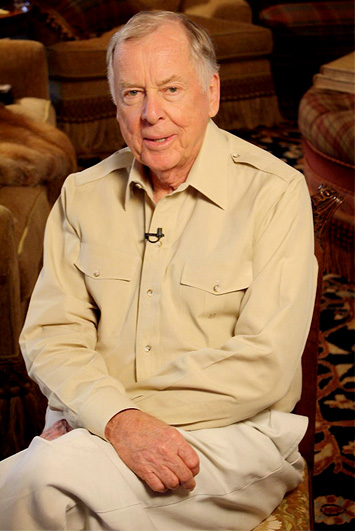 The death of oil man T. Boone Pickens at 91 underscores how far the once ungentlemanly quest to shake up corporate America has come.

Along with Carl Icahn, Pickens’ hallmark was his crusade to upend entrenched company management by launching takeover bids and calling for better treatment of investors.

Today, this endeavor is known as shareholder activism. And 2018 was a banner year for it, with 935 activist targets worldwide, according to Value Walk. While the start of 2019 was a little slower, the energy remains undeniable. The originators were Pickens and Icahn, whose separate fights were billed as efforts to wrest control from sleepy company bureaucrats.

Pickens was known for threatening to acquire larger oil firms in the 1980s with his own Mesa Petroleum as his financial vehicle. He mounted a hostile bid for Phillips Petroleum in 1984, which failed. The next year, Icahn, now 83, was more successful in his effort to acquire Trans World Airlines.  These assaults earned them the moniker of “corporate raider” and they became the most hated men in C-suites at the time.

To fend off Pickens and Icahn, companies took to “poison pills,” where management issued warrants and options of loyal shareholders, with the goal of making an acquisition more costly. Often, though, target companies bought Pickens’ shares back at a premium to make him go away, a tactic called “greenmail.”

Pickens profited handsomely. He downplayed accusation that he merely sought personal gain. Instead, he argued that his moves to shake up boardrooms were aimed at benefiting shareholders, whom he dubbed “the neglected minority.”  Companies hated this, and thanks to the tycoon’s pioneering of shareholder activism, they continue to hate it to this day.

“I will sorely miss his friendship and his great wit. He was a stand-up guy from the old school. I wish there were more like him today,” said Icahn in a statement. “He and I agreed on corporate governance…we shared the same values on shareholders’ rights.”

The crusades didn’t stop at the stock market for Pickens. He also led a nationwide campaign for sustainable energy via natural gas, wind power, and solar energy in the late 2000s. This was done so the US would become less dependent on imported oil from the Middle East.

When Mesa’s share prices dropped,  the oilman, a self-made billionaire and son of an oil and mineral rights owner, was ousted from his own company. He bounced back, forming his own natural gas-oriented hedge fund, BP Capital, in 1991. He ran that venture until January 2018 due to ill health and poor performance.

Pickens, like many wealthy types, was big on philanthropy. He donated more than $1 billion in his lifetime to charity — half of which to Oklahoma State University, his 1951 alma mater. Those funds helped make the school’s athletics department one of the best in the nation, especially its football team, whose games Pickens attended frequently. The school showed its appreciation by naming its stadium after the man.

“T. Boone Pickens became a household name across the country because he was bold, imaginative, and daring,” former president and fellow Texan George W. Bush said in a statement. “He was successful — and more importantly, he generously shared his success with institutions and communities across Texas and Oklahoma.”

“They grow big personalities in Texas, but none could top Boone,” Warren Buffett said in a statement. “I never was with him that it wasn’t fun.”