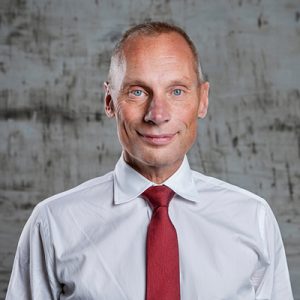 The Third Swedish National Pension Fund, aka AP3, has named Staffan Hansén as its new CEO, effective no later than December 1. Hansén succeeds Kerstin Hessius, who announced in March that she will be stepping down after 18 years at the helm.

“I am delighted we have recruited Staffan Hansén as AP3’s new CEO. I believe his extensive experience of asset management and his strong track record as a CEO and leader, combined with all the very competent people at AP3, will provide the optimal basis for continued successful operations of the Fund and hence of the state pension system,” Christina Lindenius, AP3’s chairman of the board, said in a statement.

Hansén is currently CEO of SPP Pension & Försäkring, a life insurance company that is part of Norwegian financial services firm Storebrand.  He previously served as CEO of Storebrand Asset Management and was responsible for Storebrand’s life insurance portfolios. Before that, he was in charge of fixedincome trading at Swedish consumer banking company Handelsbanken and Nordic asset manager Alfred Berg.

”I am very much looking forward to getting to know my AP3 colleagues and working with them to continue delivering on the fund’s important mission for the state pension system,” Hansén said in a statement. “I have great respect for the excellent results AP3 has achieved in the past and am taking on the role of CEO with the aim of continuing to develop the fund as a world-class asset manager with a professional and positive work environment.”

AP3 is one of five funds that manage capital on behalf of the Swedish state pension system. As of the end of 2021, the fund’s asset value was 502 billion kronor ($49.5 billion), and last year the fund reported the best financial results in its 20-year history, with an investment return of 20.7%. Over the last 10 years, AP3 has reported an average annual return of 11.1%, and has earned an average annual return of 7.0% percent since its inception in 2001.

Hansén has been CEO of SPP since 2015, and according to the company he helped raise its earnings significantly to currently manage 224 billion kronor. The company said that under his stewardship, SPP has implemented changes in working methods, IT platforms and new partnerships.

“The insurance market is undergoing major changes where SPP is now well equipped for the future,” Hansén said. “The time within the Storebrand Group has been extremely stimulating both on a personal and performance level. I will follow SPP and Storebrand as a loyal customer.”

Another Swedish Pension Shield Had a Not-Great 2018

« How Come ETF Inflows Are Up, but Stocks and Bonds Are Down?