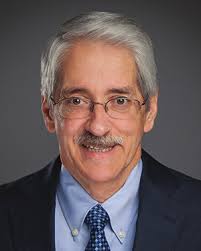 The executive director of the Texas Municipal Retirement System is retiring in 2020.

Next May, David Gavia will leave behind a 10-year legacy at the $29.3 billion pension plan, Bill Philibert, the fund’s chair announced. Gavia first joined in 2001 as a general counsel.

Philibert called Gavia the fund’s “dedicated caretaker” for the past decade. He praised the outgoing exec’s communication skills, specifically with policymakers and stakeholders, as well as his “unwavering” ethics and integrity. “Because of David, TMRS is well-positioned to achieve its vision of being the model for empowering retirement,” said Philibert.

With Gavia’s pending departure, the board has begun a search for his replacement.

“I believe that actions by the board and the staff have made TMRS one of the best-designed retirement systems in the USA,” said Gavia, who called it a “personal goal” to work with the board and staff over the next year to help find the next head.

Under Gavia’s direction, the fund saw various structural changes and achieved an 87.4% funded ratio in 2017 along with a 13.8% return that same year (both were its highest since before the financial crisis).

The Texas plan is currently 87.1% funded as of its May 30 actuarial valuation.

The fund expects to hire Gavia’s successor before he departs.