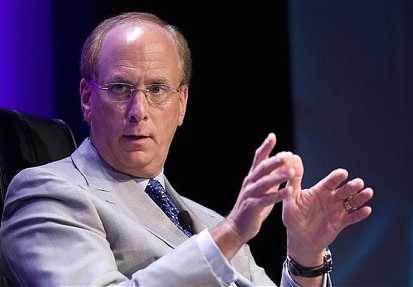 BlackRock Chairman & CEO Larry FinkBlackRock has rolled out a wide-ranging restructure of its leadership, boosting its multi-asset staff and overhauling its equity, fixed income, and real assets teams.

In a note to staff, seen by CIO, BlackRock CEO Larry Fink and President Rob Kapito detailed how the world’s biggest asset manager was to create a single, “globalized” fixed income business and combine its “scientific” and “fundamental” equity teams into one department.

Rieder worked at Lehman Brothers for more than 20 years before moving to R3 Capital Partners, a fixed income hedge fund. R3 was subsequently bought by BlackRock in 2009, with Rieder becoming a managing director.

In addition, Milan Lint and Alex Claringbull will oversee the fixed income team’s collaborations with BlackRock’s “portfolio solutions” teams in the US and UK.

“A deliberate and consistent approach to reshaping our organization to maximize the full power of BlackRock is something we are deeply committed to.”“Given the uncertainty created by central bank actions around the world, clients are valuing guidance on fixed income markets from a global perspective,” Fink and Kapito wrote.

“We will meet that need and build on the strong investment performance that our fixed income teams are delivering today by creating a truly global franchise under the leadership of widely respected, world-class investors.”

BlackRock’s real estate and infrastructure teams will combine into one real assets department from February 1, under the leadership of Jim Barry. Barry is currently head of the company’s global infrastructure group. Marcus Sperber, head of global real estate, will report to him under the new structure.

The company is also set to combine its Fundamental Active Equity and Scientific Active Equity groups. The “unified active equities platform” will be jointly led by Chris Jones, Nigel Bolton, Raffaele Savi, and Jeff Shen. Savi and Shen are both former BGI staff, while Jones joined BlackRock in 2014 after a 32-year career at JP Morgan Asset Management.

“In a market environment characterized by more volatility, lower beta and increased dispersion, clients are increasingly looking for active equity solutions irrespective of whether they are fundamental or quantitative strategies,” Fink and Kapito wrote.

“A deliberate and consistent approach to reshaping our organization to maximize the full power of BlackRock—including mapping our talent to new opportunities—is something we are deeply committed to,” Fink and Kapito concluded.

“Across all of the changes we are announcing today, our ability to match the right skills to the ambitious goals and priorities of our firm in this organizational evolution is a tribute to the depth, diversity and talent of our people.”

Related: How BlackRock Could Scare Investors Into Selling & Should One Size Fit All Managers?

« Why Investors Should Hire a Chief Networking Officer