Home > News > Newsmakers > The Power 100 Through the Ages 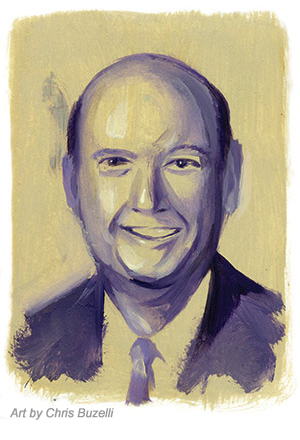 Hollywood has its Walk of Fame, baseball has Cooperstown, and football has Canton. It’s time for CIOs to have their own so-called Hall of Fame—let’s call it the ‘Power 100 of All Time.’ The criteria to be inducted is clear-cut: 1) He or she should be retired from serving as a CIO, and 2) would have consistently ranked in the top 100 back in the day.

First caveat: This is far from an exhaustive single list. My experience is with public pensions, so I want to thank Britt Harris (Teacher Retirement System of Texas) for his suggestions from the corporate field. I hope this generates nominations of past CIOs from the endowment and non-US arenas (this list is woefully short of non-American asset owners). Send your recommendations to CIO’s editors.

Second caveat: Unlike CIO’s Power 100, this list is not in any particular order—the first is as important as the last. You can’t compare CIOs from different decades because their environments were different and, heck, the job was different.

Let’s begin by bending one of my rules. I think everyone would agree that the CIO Hall of Fame should start with this asset owner who hasn’t yet retired. He tops the Power 100 list and deserves every bit of recognition because he wrote the book on the endowment model. Yale’s David Swensen has held the investment chief position for over 30 years—the record for any CIO.

Two others that immediately come to mind are Jack Meyer, who managed the Harvard Management Company for 15 years, and Marty Leibowitz of TIAA-CREF, who has retired from the CIO role, but not from the business.

Back in the day, when corporations had defined benefit plans, there were several pioneers who set the pace for today’s CIOs:

Leading the public fund list is the larger-than-life Howard Bicker of Minnesota’s State Board of Investment. You always knew when Howard was in the room; his bellowing laugh and plain talk caught everyone’s attention. Also notable:

When it comes to mega-funds, the California Public Employees’ Retirement System (CalPERS) has had a number of top CIOs:

From outside the US:

There are dozens of other names that deserve to comprise this list, in particular from the endowment field and funds outside the US. We owe it to our peers of the ‘80s, ‘90s, and ‘00s to remember their contributions and efforts.