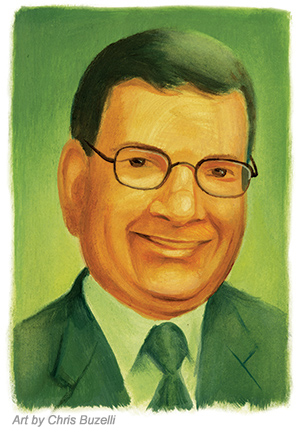 David Villa, CIO, State of Wisconsin Investment BoardGovernance, not performance, is behind the dilapidated condition of some US state pensions, according to one of the country’s pioneers of hybrid plans.

In a white paper published by the 300 Club—an elite group of asset owners, managers, and consultants aiming to challenge the financial services status quo—State of Wisconsin Investment Board CIO David Villa argued in favor of the “virtuous cycle of governance” represented by hybrid pensions.

Villa said both defined benefit (DB) and defined contribution (DC) plans lacked adequate governance structures as in each case the risk was borne by just one party, rather than being shared.

“Sharing value creation and destruction aligns the interests of the employer and employee, which creates a virtuous cycle of governance that reduces the volatility of retirement outcomes for the benefit of all.”Citing performance data from BNY Mellon, Villa noted a narrow spread between the best and worst 10-year returns in the decade ending August 2005, and the decade ending August 2015.

However, a report published in July by Pew Charitable Trusts gave a very different picture of funded statuses, which 2013 figures showed ranged from 100% in South Dakota and Villa’s own Wisconsin to less than 50% in Connecticut, Illinois, and Kentucky.

“The funding status of public pension plans falls across a range that is inconsistent with the tightly clustered performance results,” Villa said. “If the realized returns over 10-year horizons are clustered tightly around the mean, one of the key differentiating factors that explains the funding level must be governance.”

Villa said governance problem could be addressed through the “Wisconsin model”—the hybrid DB-DC pension system first set in place 30 years ago in the Midwestern state. He claimed the model was “easily replicable” and reduced the risk to society as well as employees and plan sponsors.

“If a participant in a defined contribution plan experiences extreme value destruction, society bears the cost by providing a social safety net,” Villa said. “Similarly, when a defined benefit is reduced by a large enough percentage due to poor governance, society pays the cost. This is especially the case for workers with low wages. Society, therefore, should prefer the lower volatility of the hybrid plan to the volatility and governance risks of the defined benefit and defined contribution structures.”

Other states have implemented forms of risk sharing in their plans, including Indiana and Nebraska. However, the Pew Charitable Trusts data shows hybrids are not a panacea: While Nebraska’s funded ratio in 2013 was 80%, Indiana’s was just 65%. Pennsylvania, with a 2013 funded ratio of 62%, is currently debating whether to introduce a hybrid pension plan for its state employees.

In the Netherlands, hybrid pensions are far more common. The risk-sharing element usually includes conditional indexation, giving a pension fund the right to reduce or remove inflation adjustments if its funded ratio is under pressure. Dutch pension funds are required to maintain a funded ratio of at least 105%.

In the UK, the government recently shelved plans to consult the industry about the introduction of what it dubbed “defined ambition” pensions, a form of hybrid plan based on the Dutch model.

In Wisconsin’s system, employees contribute to both a DB and a DC pot, the former guaranteeing a minimum level of retirement benefit while the latter relying on the performance of the underlying investments.

Retirees are granted an uplift to their monthly benefits if the plan’s performance exceeds 5% in the previous five years. If not, then benefits can be decreased—but not below the minimum guaranteed at an employee’s retirement date.

“Sharing value creation and destruction—or upside and downside risk—aligns the interests of the employer and employee, which creates a virtuous cycle of governance that reduces the volatility of retirement outcomes for the benefit of all,” Villa concluded.

Related: Rallying the Iconoclasts; US Public Pensions ‘On the Road to Recovery’; The Hotbed of Risk Parity Innovation Is in… Wisconsin?

« How to Squeeze Alpha from Small-Cap Stocks