In September, Decanter magazine—the go-to guide for wine buffs—wrote that after a wet and cold summer, an “extraordinary” month may be about to save the country’s 2014 Burgundy vintage from total ruin. Du vin, it turns out, was the least of the struggling French economy’s worries this year.

2014 has also been tough going in Germany, the strong man of Europe, as a fall in industrial output and stuttering overall growth led many to worry that they were returning to the bad old days of 2011. This sequel, however, might feature an economy that was actually pivotal to the Eurozone’s future.

The UK, which thought it had been doing the right thing by sorting out its finances and bringing its misbehaving banks to book, was landed with a €1.7 billion bill from the European Union for doing better than expected over the past decade and a half. This had to be paid—with interest—within two months.

To the south, Portugal waved goodbye to one of its leading financial institutions, and neighbouring Spain suffered its own particular pain, being knocked out in the first round of the World Cup it had entered as reigning champions. (The Germans were much happier about that.)

All in all, it’s not been a year to remember on the continent. But, no matter how much it smarts to pick over the wreckage, Europeans should make sure they’ve learned the hard lessons 2014 taught them. 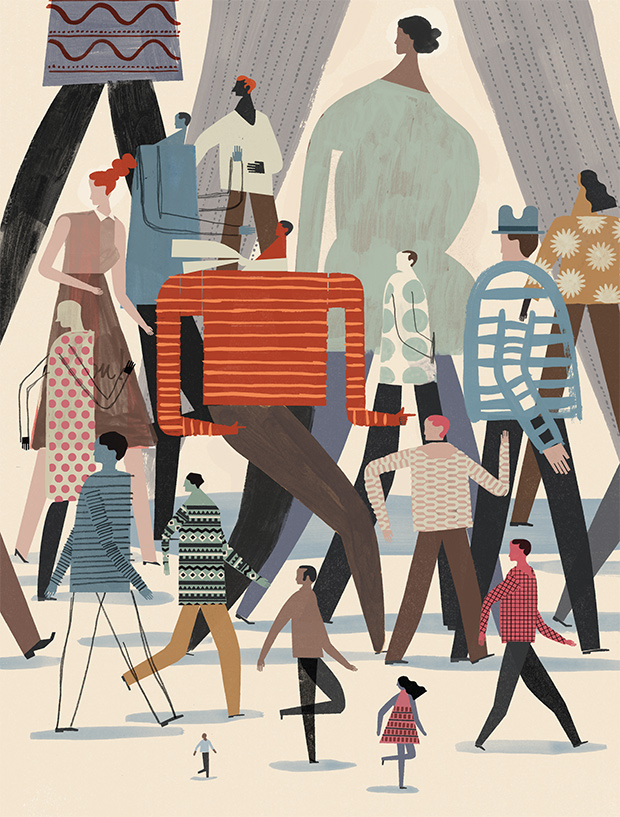 Chief Investment Officer asked a selection of investors what or who they thought had been through a good, bad, or downright ugly year—and what had been learned to take into 2015.

“It was a good year for funds with a high property allocation, particularly London-based,” said Tom Joy, CIO of the Church Commissioners for England. Joy himself has had a good year, not only as his portfolio leaned heavily on such real estate investments, but he also picked up the prize for Investor of the Year at CIO’s European Innovation Awards in May.

“It was a good year for those taking responsibility for investing for the long term,” said the CIO of a large Dutch pension. “It seems there is a rapidly increasing acceptance for this approach away from short-term herding.” The CIO name-checked a range of financiers making strides in this area, including Canada Pension Plan Investment Board’s Mark Wiseman and the International Monetary Fund’s Christine Lagarde.

The big losers in 2014, according to CIO’s panel, were pension funding ratios, as interest rates—both long and short term—either remained stubbornly low or fell further thanks to central banks.

Denmark, Sweden, and the Eurozone-controlling European Central Bank all cut rates this year. Pension funds bearing the brunt of these actions had to just get on with it. “It was an ugly year for those investors who expected rates to rise early in the year,” said the Dutch CIO. “They will ultimately be proven right; however, being too early created a hangover for some.”

And these hungover investors were waiting for Godot, according to Gurjit Dehl, economist at investment consulting firm Redington. “The non-appearance of a rate rise seemed to catch almost everyone by surprise,” he said. “Economists had predicted, policymakers strongly hinted, and markets quickly priced in rising rates, which, to the detriment of waiting asset owners, failed to materialise.”

Ian McKinlay, CIO of the £12 billion Aviva UK staff pension scheme, set his ideas out in a table. “Fully hedged was the big winner,” he pointed out. “When will we ever learn?”

Rates had a knock-on effect to fixed income as investors stampeded to the exit. However, some benefitted from the rush.

“2014 was a good year for bond prices—and unexpectedly so, as all economists were calling for bond yields to rise at the start of the year,” said Dehl. “Economic jitters, geopolitical tensions, and falling inflation all contributed to the ‘surprise’ rally in bond prices this year.”

If interest rates were a nasty surprise to many, inflation was worse, with central banks around the world struggling to keep up the pretence that they could control it.

“It was an ugly year for inflation,” said Dehl. “In spite of policymakers’ efforts, most advanced economies are running below their 2% inflation target, leading to a growing threat of disinflation or even outright deflation. If deflation occurs, policymakers and investors will find themselves in a very tough situation as, currently, nobody has discovered a cure for it.”

Former PIMCO CIO Bill Gross (whose year was exceptional for many different reasons) said in his second investment outlook for his new employer Janus Capital that policymakers and investors should not be afraid of deflation. It remains to be seen whether anyone was listening.

Accepted views of correlation had a questionable year, as equities, which performed well for some, were not a great punt across the board.

“It was a bad year for UK or European funds with a home bias in their equity allocations,” said Church Commissioners’ Joy. “UK stocks, for example, are down this year when other markets such as the US are very strong. It is unusual to see such wide country dispersion in developed markets.”

Investors were sanguine about hedge funds, which, despite losing the confidence of the US’ largest pension, hit record assets. Most said their overall underperformance of the equity market was indicative of them doing what they had promised: providing uncorrelated returns. How long this sentiment will last, however, is something to watch.

“It was a good year for those taking responsibility for investing for the long term,” said the CIO of a large Dutch pension. “It seems there is a rapidly increasing acceptance for this approach away from short-term herding.”

Risk-based investing enjoyed a year of increased recognition across the continent. Once the preserve of only the most sophisticated investors in Northern Europe, basing investment decisions on risk premia—and not just succumbing to smart beta marketing—became “a thing” elsewhere.

The Pension Protection Fund, which was established by the UK’s Pension Act 2004, has taken the risk-factor baton and run with it. This year, it became the first major institutional investor in the UK to issue requests for proposals to fund managers based on risk factors rather than asset classes.

Long-time readers of CIO will know the publication has closely tracked the rise of risk parity in North America. This year, it finally became a known quantity in Europe, with a range of products launched for institutional—and retail—investors.

Elsewhere on the passive investment scale, the 99 UK local authority pension funds were asked by the central government to seriously consider dumping all active managers. The notion was quickly and roundly dumped itself.

In a year that Greece finally came out of recession after its economy grew in the third quarter—and French President François Hollande’s approval ratings actually rose when his extramarital affair with an actress was revealed—investors may feel they have a right to be confused.

So, roll on 2015, when the sun will shine on French vineyards, Germany will power back up the economic ladder, and the UK will continue to fall out with the rest of Europe—and even parts of itself. At least one of the above is certain.