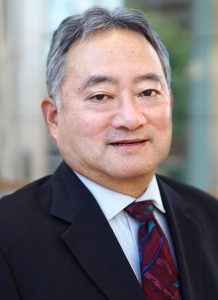 Eliopoulos told members of the investment committee that Ishii will retire in July and that Arnie Phillips, a senior fixed income portfolio manager, will take over Ishii’s position on an interim basis while a search is made for a permanent replacement.

Ishii is the top portfolio official in charge of the $80 billion fixed income program and more than $30 billion in currency, securities lending, and credit enhancement programs. Only CalPERS’s $200.8 billion global equity portfolio is a bigger pool of assets.

He is also a member of the fund’s internal strategic committee, which reviews all strategies and allocations for the pension fund.

Ishii was put in charge of reviewing CalPERS hedge fund program back in the spring of 2014 and ordered with Eliopoulos and other investment managers cutting the $5.3 billion program in half. The two played a key role in ending the program a few months later in September 2014.

The move was opposed by the pension fund’s top hedge fund officials, who ended up leaving CalPERS. Ishii and Eliopoulos argued that CalPERS could not scale up the program effectively, finding enough top-performing hedge fund managers to increase the portfolio’s size and make a significant difference in the overall fund’s performance.

Ishii has been the fund’s top fixed income official for his entire 40-year career at the pension plan. He joined CalPERS in 1978, not with a degree in finance, but one in botany.