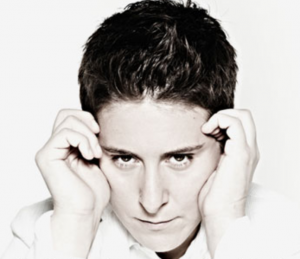 In 12 years, Selbst won $11.9 million, the highest winnings ever for a female player.

But if holding and folding can be applied to a hedge fund, perhaps Selbst would know. Her mother was an options trader who taught her the game.

In an earlier interview with Bloomberg, Selbst compared business to poker playing, saying, “You have to have cutthroat tendencies to succeed in poker, just like in Wall Street.” And that they both were “a game of numbers and pushing around small edges” where one takes “calculated risks” and “downswings” without “going on tilts.”

Competing in worldwide tournaments, along with her million-dollar winnings, Selbst became the first and only woman to win three World Series of Poker (WSOP) bracelets, considered the most coveted non-monetary prize a poker player can win.

Between poker tournaments, she earned her law degree at Yale by squirreling away to study nine hours a day, passed the bar, and, in 2010, launched a foundation which funds projects that fight for racial justice and economic equality, and against police misconduct and government abuse of authority, according to her website.  A reporter from the Financial Times called her “terrifyingly smart.”

In a Dec. 31 Facebook post, the 33-year-old Brooklyn resident wrote that she was officially parting ways from her professional poker career, with no specific reason other than as she turned from her 20s to early 30s,  her “priorities changed toward building a stable home and community and starting a family,” and that “the constant travel is no longer tenable.” Without naming Bridgewater, she wrote, “My next career I’m giving a shot is at a hedge fund. I’m doing trading research and strategy.” She noted that she’s been at the hedge fund for four months, and “the environment feels a lot like poker did back in the day—a bunch of nerdy kids collaborating to try to beat our opponents at a game.”

She said working at the hedge fund was “freaking difficult” and she had much to learn. “I think I’m getting the hang of it, the next day I fail at the next challenge. It’s exhausting, exciting, and completely humbling every single day.”

Following in her late mother’s footsteps, she said she’d always play poker for fun. She added, “It’s pretty difficult to find the next thing when your first career was so much damned fun.”