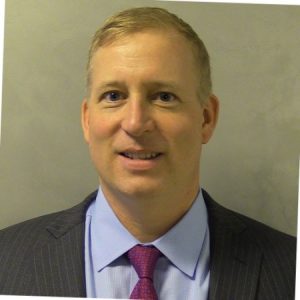 Colin Ambrose, chief investment officer of the UJA Federation of New York, is leaving his tenure behind when he becomes the initial CIO of a fledgling Catholic foundation.

Ambrose is to head the finances of the $3.2 billion Mother Cabrini Health Foundation, the UJA confirmed. The health fund only started up last May after Cardinal Timothy Dolan and other New York bishops revealed the plans. The new organization’s funds came from the $3.75 billion sale of faith-based health plan Fidelis Care to Centene.

Ambrose will now handle more than twice the investments than he did at the $1.4 billion UJA, but it’s not the first time the veteran has created an investment office. His first was at the Julliard School in 2005. He also started the UJA’s office. He joined the Jewish charity in 2009.

The institution is looking to receive about $150 million in grants annually. According to Inside Philanthropy, Mother Cabrini is the second-largest legacy health foundation behind the California Endowment.

Mother Cabrini wants to set a “national model” for addressing the health and wellness needs of low-income communities, Al Kelly, Mother Cabrini’s board chair and Visa CEO, told the publication last May. The foundation does not yet have a website.

The nonprofit organization takes its name from Francis Xavier Cabrini, a nun who advocated for children and immigrants in the late 1800s through early 1900s and became the first American canonized saint.

Ambrose will start with Mother Cabrini on Friday.