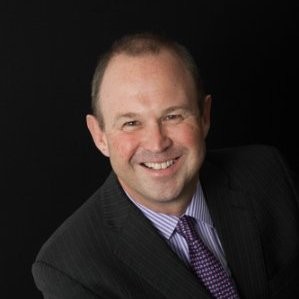 The Pensions Regulator (TPR) has named Charles Counsell as its next chief executive to replace Lesley Titcomb, who will be leaving the UK-based pension watchdog when her term ends at the end of February.

Counsell is currently chief executive of the Money Advice Service, an organization established with government support that provides free financial advice. This will be his second stint with TPR, as he was previously the regulator’s executive director of automatic enrollment for nearly six years before joining Money Advice Service in June 2017. He was awarded an Order of the British Empire (OBE) in 2017 for services to workplace pension reform.

“I am delighted that we have appointed someone of Charles Counsell’s caliber to drive forward our significant change program,” Mark Boyle, chairman of TPR, said in a release. “Charles was the architect of the automatic enrolment program, which has helped shape our approach to the changes we are now implementing to become a clearer, quicker, and tougher regulator.”

Boyle praised Titcomb for “a superb job over the last four years in driving the transformation of TPR,” adding that Counsell “takes over a much strengthened position from which to continue this transformation so that TPR is better able to fulfill its statutory objectives and meet the challenges that the pensions sector will face in the future.”

However MP Frank Field, chair of UK Parliament’s Work and Pensions Committee, was not  impressed by the choice of the new leader.

“This appointment is unlikely to leave unscrupulous company directors quaking in their boots,” said Field in a statement. “As someone who was part of TPR’s board while it failed to prevent the directors of BHS and Carillion running their pension schemes into the ground, he will have a long way to go to demonstrate that he really is the new broom that’s so desperately needed.”

Field has been critical of the regulator in the past, particularly of its handling of the collapse of facilities management company Carillion earlier this year and British Home Stores in 2016. He accused TPR of failing to act while Carillion paid dividends and executive bonuses, despite mounting debt and a pension deficit that reached nearly £1 billion, saying TPR was “tentative and apologetic.” He also suggested the regulator was “passive” and “slow-moving” in its handling of BHS.

« CalPERS Reviews Divestment of Companies with Ties to Sudan