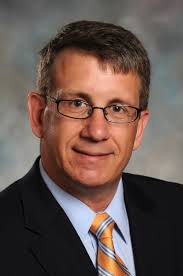 The University of Pittsburgh’s board of trustees has named Greg Schuler as the university’s new CIO. Schuler, who will oversee investment and management of the university’s nearly $4 billion consolidated endowment, replaces Amy Marsh, Pitt’s former CIO and treasurer, who retired March 31.

Schuler will be responsible for developing investment guidelines and performance objectives in collaboration with the board’s investment committee. He will also supervise all portfolio construction, manager selection, and risk management, as well as adherence to investment policies.

Schuler joins Pitt from St. Louis-based nonprofit BJC HealthCare, where he served as CIO and treasurer since 2011. He managed investment activities covering $8 billion in assets, and oversaw treasury activities related to debt, derivatives, and cash management.

“Greg is arriving at an exciting time in the University of Pittsburgh’s history,” University of Pittsburgh Chancellor Patrick Gallagher said in a release. “I am confident that he will excel as our next chief investment officer and eager to watch him leverage his leadership and expertise to spur growth at Pitt for decades to come.”

Schuler earned a master of business administration and a bachelor of commerce degree from the University of British Columbia, and he also holds a chartered financial analyst (CFA) designation.

The university also named Paul Lawrence as its new treasurer. Lawrence has served as Pitt’s managing director of investments since 1999, and as assistant treasurer since 2000. He earned a master of business administration from Pitt, and a bachelor of science in finance from The Pennsylvania State University. He also holds a CFA designation.

As Treasurer, Lawrence will oversee the university’s treasury operations as well as the management and investment of cash funds, securities, and other assets excluding the endowment. He will also closely manage the university’s working capital with the goal of serving and supporting the institution’s mission and strategic priorities.