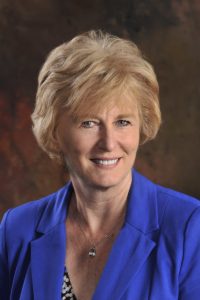 The executive director of Wyoming’s $8.5 billion pension fund will retire in July. Ruth Ryerson is departing after almost six years, staying on to help the transition as the Wyoming Retirement System searches for her successor.

Staff praised Ryerson’s accomplishments, such as her “focus on building a strong management team at every level of the organization,” according to Laura Ladd, the pension plan’s board chair. Ladd also highlighted Ryerson’s guidance on launching the fund’s online pension administration system.

“She’s been incredibly responsive and optimistic,” Sam Masoudi, the fund’s chief investment officer, told CIO. “She’s always got a solution and she always known how to execute, especially in the public pension world, where there’s a lot of red tape and a lot of hoops to jump through. She always knows how to accomplish the mission.”

In addition to Ryerson’s guidance, the retirement system’s board and its relationship with the state legislature, assumption rate changes also helped increase the fund’s stability, according to a news release.

“I came to WRS because of its good reputation and sincere concern for its members and their families. It has been very rewarding for me to take a good pension program, and keep it strong for the next generation,” Ryerson said.

Collaboration is another area Ryerson made a priority during her time with the fund. Ryerson, along with Sam Masoudi, the retirement system’s chief investment officer, built out the investment team and developed an intern program that cultivates local talent from the state university.

“In Wyoming there’s some reluctance to add any head countShe was helpful in selling the plan to the board and the legislators and getting us the resources we needed to succeed,” Masoudi told CIO. In a December interview, he said the program “has greatly benefited the pension, and Wyoming legislators love it, too.”

The fund added $2 billion to its value under Ryerson’s watch, and its performance was in the 30th percentile of its peers in 2018.

She has fought for both contribution rate increases and benefit adjustments, which requires changes in state law.

“She’s often called to testify in front of the legislature’s Joint Appropriations Committee, which determines our budget.,” “She’s been very effective in communicating what the system needs and why it’s important by having one on one discussions with legislators to educate them on the issues.

Masoudi also praised Ryerson’s interpersonal skills and credibility with state lawmakers. “She’s unfailingly polite and respectful and just good at building relationships with them,” he said. “When they have a question and she gives an answer, they know she can be trusted.”

She also advocated for the law combining the volunteer firefighter and emergency medical tacticians’ plans, which is unique to the state. A new law has added search and rescue divisions to the plan.

“Wyoming is a special place and I will always fondly remember my time here,” said Ryerson.

The board immediately launched a replacement search following Ryerson’s announcement. It expects to announce the new executive at its May 15-16 meeting, according to Pensions and Investments.  Vice Chairman Eric Nelson will lead the three-member search team, aided by consulting firm Align.

“Ruth’s done such a good job at building the organization that, from a staff perspective, we would not want her replacement to come in and make changes for the sake of making changes,” Masoudi said of his expectations for the next executive director. “I think [we’d like] somebody who can give us Ruth’s effectiveness and ability to work with the board –that combination of inside and outside skills… somebody who can quickly build collaborative relationships with the team, that’s going to be  critical .”

Interested applicants should send a resume and cover letter along with three professional references by April 12, 2019, to WRSapps@TheAlignTeam.org.

“Everybody’s going to miss her,” said Masoudi. “She’s just universally well-loved and respected. I literally have not heard someone say a bad word about her in five years.”

Even the Most Fiscally Fit States Have Pension Problems