Home > News > Newsmakers > Vicki Fuller to Serve on Williams’ Board 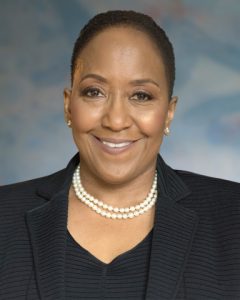 It looks like Vicki Fuller’s leadership days aren’t over yet.

The recently retired chief investment officer for New York State’s largest public pension fund will be joining the Williams Companies’ board of directors, and will sit on the board’s audit, nominating, and governance committees.

The board of the infrastructure company, which builds pipelines for natural gas and oil, now has 12 members.

Fuller’s appointment follows her six-year tenure at the New York State Common Retirement Fund ($207.4 billion). During her run as CIO, she transformed the fund into the third-largest US public pension plan.

Fuller had also spent 27 years in leading roles at firms such as AllianceBernstein, her job before the mammoth pension fund.

Alan Armstrong, the committee’s president and chief executive officer, also lauded Fuller’s accomplishments at New York Common. “Her investment management insights will be invaluable in our ongoing efforts to expand our investor base, and her appointment reflects well on Williams’ ongoing commitment to the enhancement of stockholder value,” he said.

Neither Fuller nor Williams could not be reached for direct comment.