“No,” says Eduard van Gelderen, the man overseeing investments for ABP, Europe’s largest pension fund. “No. Absolutely not. We are extremely happy with them.”

A week after the US’ largest pension, the California Public Employees’ Retirement System (CalPERS), dramatically announced it would drop $4 billion in hedge fund investments, the CIO of APG—the asset manager that invests ABP’s capital—is talking to Chief Investment Officer as part of the Power 100 series, published next month. 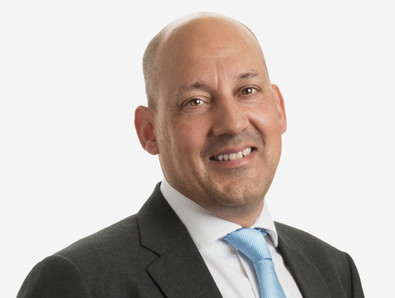 Van Gelderen must have been expecting the question.

“[For us], hedge funds are taken care of by New Holland Capital”—an independent holding that span out of APG almost a decade ago—“and we are extremely pleased with the track record they have shown over the last years.”

At the end of 2013, ABP had assets of around €288 billion, of which it had a 5% strategic allocation to hedge funds, according to its annual report. This allocation outperformed its benchmark by 619 basis points last year and van Gelderen—who took over as CIO from Angelien Kemna on September 1— is resolute that hedge funds will remain a part of the portfolio APG manages for Europe’s largest pension.

“For us it really plays an important role in the global proposition,” he says. This role was worth €14.4 billion at the end of last year, more than four and a half times the size of CalPERS’ hedge fund portfolio.

Van Gelderen explains how APG favours illiquid strategies including structured credit, relative value, and distressed debt, which offer illiquidity and complexity premia. It is one of the benefits of being a long-term investor.

APG also uses an overlay to hedge the market risk that managers cannot strip out of their funds. This strategy is run by three dedicated managers—and has helped APG and its client in tough times.

Despite this hedging-the-hedge-funds innovation, van Gelderen warns that these managers are in for a tougher ride: Market liquidity—or lack of it—is causing problems in for the sector.

“We can invest globally, but we worry that money is chasing the same opportunities everywhere,” he says. “There used to be a diversification impact by investing globally—clearly this is getting less.”

Van Gelderen blames the financial crisis and the ensuing regulation for liquidity drying up—and for taking investment opportunities with it.

“It’s becoming harder to trade $500 million than it was a few years ago when the investment banks still had good positions on their books and were making the market,” he says. “Banks are no longer doing this, so it’s becoming difficult to trade big numbers.”

New Holland is reporting the same issues, but van Gelderen is not calling a retreat.

“They come up with signals that the number of opportunities in the market is falling. But it certainly doesn’t lead us to the conclusion of getting rid of our hedge fund exposure.”

To read the full interview, sign up for the next edition of CIO.

« Down and Out in Monte Carlo