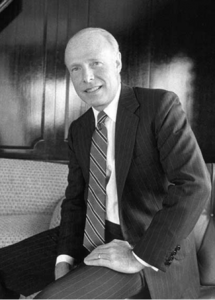 William “Bill” Bain, founder of Bain & Co., named by Boston Business Journal as “one of Greater Boston’s 100 most influential business people in the 20th century,” died peacefully in his home in Naples, Florida, at the age of 80 on January 16, according to his obituary. The “proud Tennessean” graduated from Vanderbilt with a degree in history, and went on to work for his alma mater, later becoming the school’s development director. Despite his lack of business education or significant business experience, Bain had a rare ability: he was able to connect swiftly with the CEO alumni of Vanderbilt. It caught the attention of Bruce Henderson, a Vanderbilt alum, who recruited him to join Boston Consulting Group (BCG).

In 1973, seeing the need for business strategy consultants, he founded Bain & Co. Mitt Romney was one of Bain’s mentees and key hires, according to The New York Times, later succeeding him as the chief executive of Bain & Co. when the firm struggled after taking on too much debt.

“It’s hard for me to imagine my life and career without Bill Bain’s mentoring,” Romney said in a statement after Bain’s death to The New York Times. “He hired me, taught me, and gave me the opportunity of a lifetime. His vision and confidence made Bain Capital possible.”

Bain & Co. released a statement, “Remembering Our Founder,” that credited him with transforming the industry. “With a vision to redefine the consulting industry from selling hours of advice to selling profits at a discount, Bill pioneered the approach to developing long-term relationships with his clients, bringing data-led perspectives on their most critical issues and aligning with management as a trusted partner.”