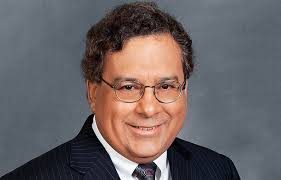 David Villa, chief investment officer of the State of Wisconsin Investment Board ($117 billion), tacked on the “executive director” title to his role last week, a combination that trustees determined made sense given the organization’s pace and infrastructure.

The new director succeeds Rick Smirl, who left in July for a job as chief operating officer of Russell Investments. Villa has been the board’s CIO since 2006, launching a multi-asset division, adding leverage to the policy portfolio, increasing the fund’s active risk, and internalizing a bulk of the Wisconsin Retirement System’s $109.5 billion in assets along the way.

His actions have saved and earned billions for the fully funded organization, which manages the retirement system and six separately managed trust funds in the state.

“The addition of the executive director allows me to more effectively build on my vision, strategy, and direction for SWIB,” he told CIO. Villa’s desire to focus on the investment strategy and the board’s execution to improve its infrastructure is uncanny, but he also calls on the strength of its recently restructured executive management team.

“I am relying on the strong leadership of the newly created management council to continue to implement our current plan and to ensure we have what we need to be successful,” he said.

In addition to an advisory management council, the new group consists of the deputy executive director/chief administrative officer, agency business director, and chief technology and operations officer. The council is smaller than previous executive divisions, but this gives the CIO more freedom for collaboration and experimentation. “My role is largely to be the architect for both the investment structure and the broad business processes so that the agency is managed as one integrated investment organization,” said Villa.

One recent item on Villa’s agenda has been to upgrade and grow the board’s structure.  Although completing such a task will take time, trustees are committed to the new structure, which keeps the agency moving forward while enhancing its access to the top opportunities.

“We are a sophisticated investment organization and we need to ensure we have the infrastructure that supports our work,” Villa said. “My focus is to stick to our execution plans and to continue to improve.”

Other large retirement organizations, such as the Florida State Board of Administration ($176.4 billion), the New York City Retirement System ($195.7 billion), and the $71.6 billion Massachusetts Pension Reserves Investment Board, are also led by an executive director/CIO, which further rationalizes the board’s call to consolidate the role to the one person who can do the job—and do it well.

“The Wisconsin Retirement System is one of the only fully funded pensions plans in the United States. Our mission—to earn the required return to support the financial security of the participants—is becoming more difficult as we face a lower return environment where alpha is scarce and hard to find,” Villa said. “To meet those challenges, our investment strategy grows more complex and we have to work harder.”