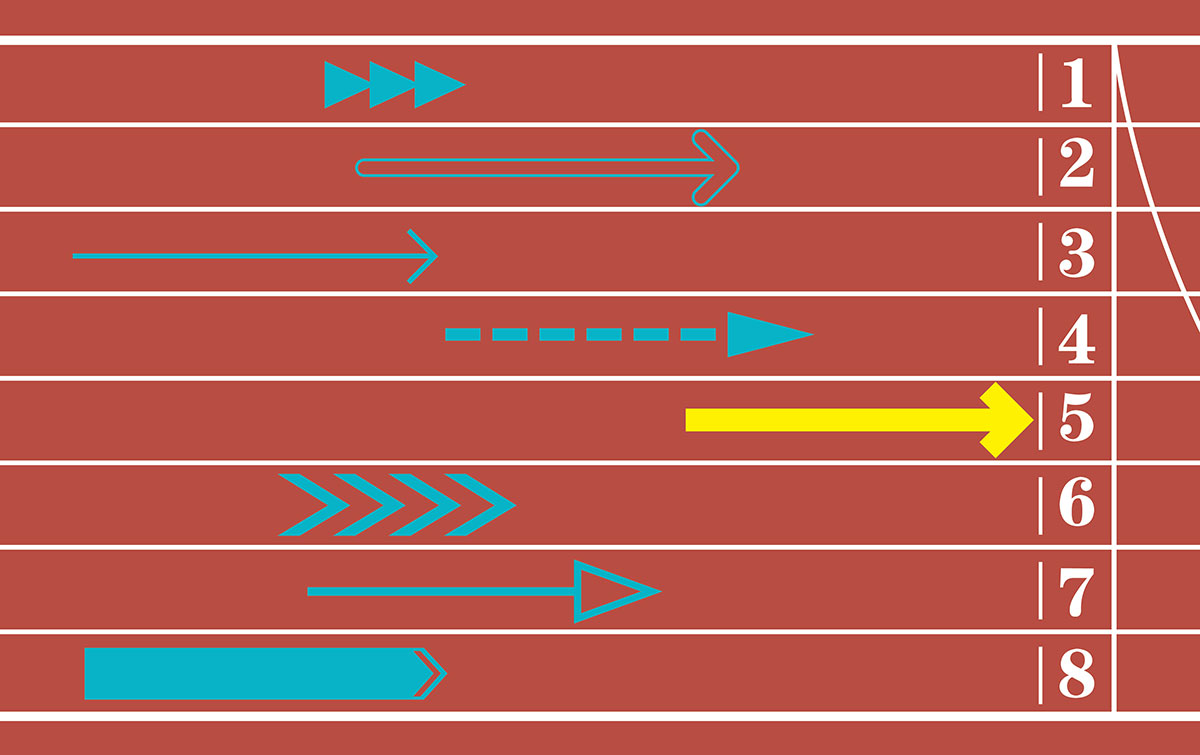 Now should be the time of the actively managed fund. The stock market has recovered from its winter wipeout, but volatility still is high. A perfect opportunity for stock pickers, right?

Wrong, says Burton Malkiel, the Princeton economist and arguably the founding father of index investing. In his 1973 book, A Random Walk Down Wall Street (now in its 12th edition), he argued that the market’s fluctuations made active investing a fool’s errand—so putting your money in an index vehicle makes more sense.

There’s been a lot of talk lately about actively managed investing taking the fore amid the turbulence of jazzy volatility. The popular app Robinhood lets amateur market players trade shares, commission free, in search of riches. “Once volatility kicks in, that is where active strategies can shine,” Matthew Timpane, a senior market analyst at Schaeffer’s Investment Research, told US News recently. According to research firm Morningstar, active funds beat passive ones in the February-March correction, 52% to 48%.

Year in, year out, only around a quarter of active funds beat their index benchmarks, by the measure of Standard & Poor’s, Morningstar, and others. And, since passive funds don’t need to pay expensive portfolio managers, since stock selection simply mirrors an index, these funds tend to cost less than active portfolios.

Thus, Malkiel, who also serves as CIO of robo-adviser Wealthfront, looks askance at predictions that actives will do better than index funds. (The last time this happened was in the 1990s dot-com era, which ended badly when the over-heated market crashed.)

“I always love that argument. It’s dead wrong,” he told MarketWatch, referring to the latest forecasts of active funds’ predominance. “There’s no evidence whatsoever that because of COVID-19 it’s time for active management.”

Among the minority of active funds that beat passive, he declared, the winning roster has a changing cast of characters every year, which suggests that consistent winners among active managers are scarce. Upshot: Why bother with them? “Those that win in one year aren’t the same ones that win the next year,” he said.

He noted with dismay the spurt of young investors in the likes of Robinhood. “All the evidence is that day traders in general lose money,” he said. “It’s not that they can’t make money in gambling, I’ve actually won from time to time. But over the long run, this is a losing proposition.”

Moreover, he swatted down fears that index funds, which control half the equity fund universe, have too much power. Fidelity, Vanguard, and BlackRock could run roughshod over small investors in company votes, the argument runs.

But that’s not happening now as the index funds tend to be too, er, passive, he observed. He called on them to exercise more of their clout. Active managers can always just sell, but index providers have a long-term interest in how a company fares, he indicated. After all, they can’t sell.

What’s more, Malkiel said he no longer believed in a 60-40 stock-bond split as the model asset allocation in one’s portfolio. Reason: Bonds’ interest payout these days are so tiny. Instead, he suggested preferred stock, like from JP Morgan Chase, which pays 10%. Similarly, he recommended high-dividend common shares, such as those of IBM (5.5%) and Verizon (5%).

Why the Index Effect Is Now Ineffectual

Will Index Funds Really Take Over the World?