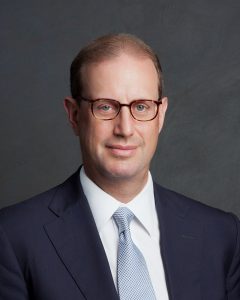 The Alberta Investment Management Corporation (AIMCo) has appointed Mark Wiseman, a former chief executive at the Canada Pension Plan Investment Board (CPPIB), as chair of AIMCo just as Alberta is considering withdrawing from the national plan.

Wiseman, who starts at AIMCo next month, is returning to public pensions after spending three years heading active equities at BlackRock, where he was once considered a contender for the top job at the world’s largest asset manager. He was ousted last year after breaching a company “relationship at work” policy.

But the industry head returns at a fraught time for the C$118 billion (US$87.9 billion) Alberta pension plan, as Alberta is considering seceding from the CPPIB, where Wiseman was chief executive for four years until 2016. The 50-year-old spent more than a decade at the national pension plan.

A comprehensive plan for a separate pension system for the province has gained traction. Supporters say that Albertans, who are younger and who have higher incomes and levels of employment, disproportionately contribute to the national plan, according to a Fair Deal report presented last month to the government.

In 2017, Albertan workers counted for about 16.5% of the total contributions to the Canadian Pension Plan (CPP), worth C$420 billion (US$310.9 billion), while retirees from the same province consumed 10.6% of CPP expenditures, the report said.

Breaking from the CPPIB would hypothetically lower Alberta’s contribution rate to 5.89% from 9.9%, according to the report.

Alberta also would not be the first Canadian province to go it alone. Quebec also has a separate plan with the Caisse de dépôt et placement du Québec.

Wiseman takes over as AIMCo chair from Richard Bird, who is leaving after completing his second three-year-term. Bird will stay on as a consultant during the transition period.

CPPIB’s Wiseman on Mistakes, Hockey, and the Birth of the Canadian Model

« Vatican Calls for Catholics to Divest from Fossil Fuels