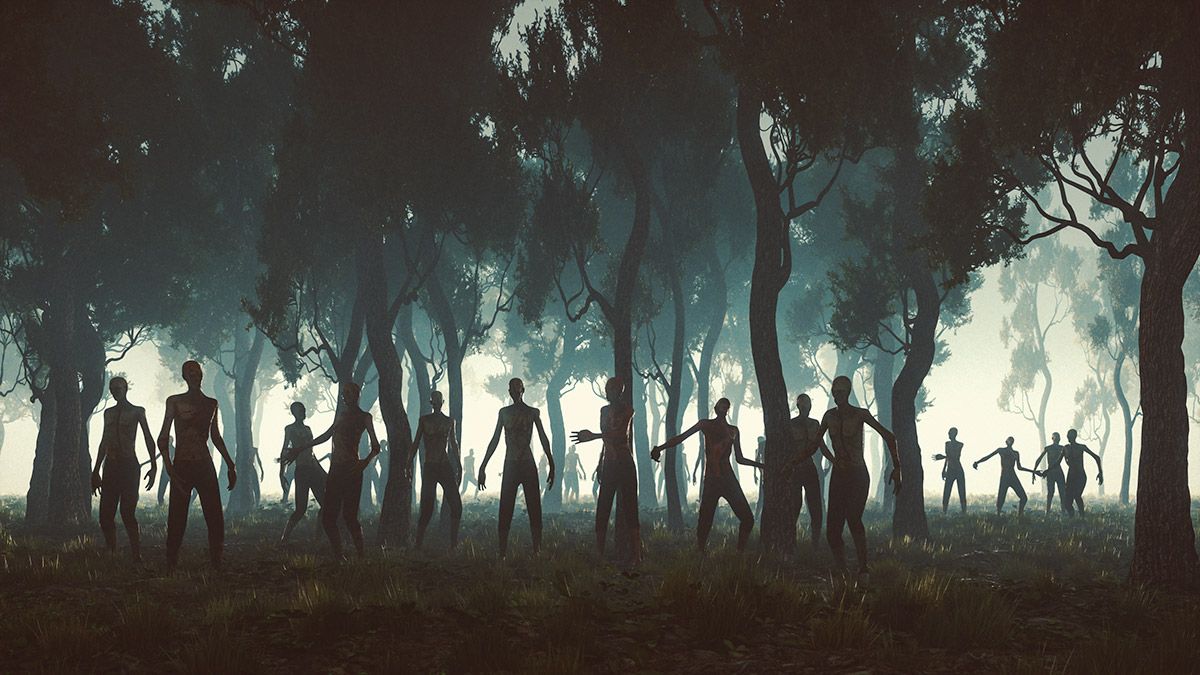 The dead walk, but for how long? As many as one-fifth of all US corporations are in zombie status, by the calculations of Deutsche Bank Securities.

A zombie company is a debt-laden creature that lacks the wherewithal to pay its interest and maturity payments. The zombies bridge the gap between debt payments and (lower) income by borrowing more, which kicks the problem into the future—and sets up a painful reckoning at some point.

“This is a macroeconomic problem because zombie firms are less productive, and their existence lowers investment in and employment at more productive firms,” Deutsche’s chief economist, Torsten Sløk, wrote in a research note.

Cruise lines have peddled $8 billion in bonds recently, often secured by their ships, whose value may decline steeply if passengers don’t return. Meanwhile, airlines, another woebegone sector whose flights are now a fraction of their former volume, have sold $14 billion in new debt financing.

This whole whirligig was set into motion several years ago thanks to low Federal Reserve-engineered interest rates, which make borrowing stunningly cheap. The onset of the epidemic and the recession have made matters a lot worse, pushing them deeper into the hole.

Recently lowered interest rates have accelerated corporate bond issuance this year. New bonds topped $1 trillion through May, an 87% advance over the same period in 2019. Of greatest concern is the increase in junk bonds, totaling $140 billion, up 30% over the prior-year period, according to the Securities Industry and Financial Markets Association.

But lately, the Fed also is bolstering the corporate fixed-income market with its program to purchase individual bonds on the secondary market, which finally kicked off in the past week. This sets a floor beneath bonds and encourages their issuance even more.

The $250 billion bond-purchase fund is supposedly directed at just investment grade bonds. There is an exception for junk, though—namely issues that were downgraded to high-yield after March 22 can be bought by the Fed, too. The thinking is that these credits wouldn’t have lost investment grade designation if the virus hadn’t appeared. Previously, the Fed had been buying bond exchange-traded funds (ETFs), which contained junk.

As Deutsche’s Sløk put it, “In short, one side effect of central banks keeping rates low for a long time is that it keeps more unproductive firms alive, which ultimately lowers the long-run growth rate of the economy.”

Default levels on debt for 12 months trailing have been relatively tame: none at all for investment grade and 4.7% for junk bonds, according to Moody’s Investors Service. And junk is where most of the potential trouble lies.

The junk rate is up from 4.1% in April and 2.3% a year ago. (The average this century is 4.1%.) Moody’s forecasts that the junk default level will more than double by year-end, to 9.0%. The ratings agency has a pessimistic scenario of 16%.

« T. Rowe Study: Rebalancing Even in a Market Fall Is Vital