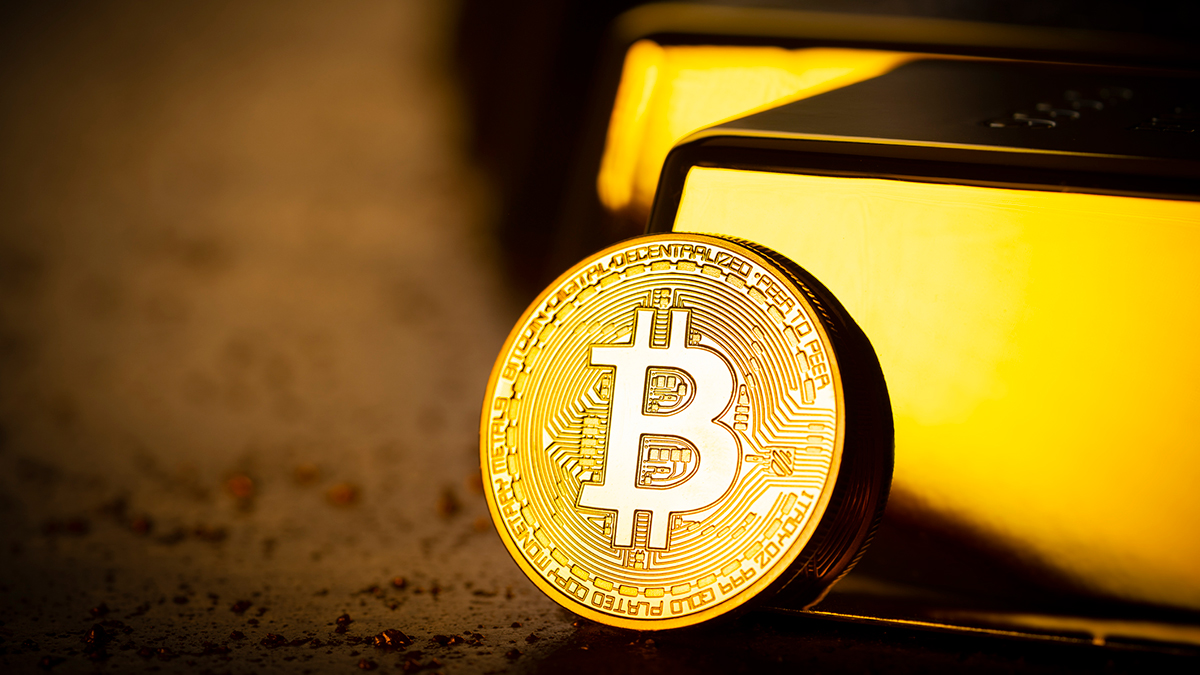 Bitcoin could supplant gold as the safe-haven store of value, according to BlackRock.

“Do I think it’s a durable mechanism that could take the place of gold to a large extent?” Rick Rieder, BlackRock’s CIO for fixed income, asked CNBC. “Yeah, I do, because it’s so much more functional than passing a bar of gold around.” Bitcoin, of course, is traded digitally.

As if to underscore his point, Bitcoin right now is gaining, while gold is losing. That’s a dynamic we haven’t seen in a while, as both the digital currency and the hard yellow metal have advanced in pandemic-ridden 2020. But gold stalled out at the end of July, and has since lost 9%. During that same period, Bitcoin has gained 65%.

Yes, there are big differences in overall value, with Bitcoin at around $300 billion market capitalization, about 3% of gold’s estimated value, by the measure of CoinShares, which brokers investments in the virtual money. Bitcoin has been around for a few years, gold for a few millenniums.

The virtual currency is “here to stay” due to greater acceptance among mainstream Wall Streeters and popularity among Millennials, said Rieder, whose company is the world’s largest asset manager. Investors increasingly see Bitcoin as a viable alternative to government-supported currencies, and its semi-outlaw image has helped its cache.

Bitcoin’s acceptance among key figures in the financial firmament has sped along its fortunes in the marketplace, argued Van Eck Securities, in a research paper, Indeed, the virtual currency has won over Yale’s endowment, JPMorgan (JPM), Fidelity Investments, the California Public Employees’ Retirement System (CalPERS), and Guggenheim Partners, along with Wall Street legends such as Paul Tudor Jones and Stanley Druckenmiller.

Meanwhile, family offices are dumping their gold and shunting money into Bitcoin, JPM reported. During November, the bank found, gold funds shed 93 tons of the metal. And Grayscale Bitcoin Trust, a favorite for institutions investing in Bitcoin, doubled in value over the past three months.

Certainly, gold has more disadvantages compared with Bitcoin, ones that far exceed the weighty bullion’s lack of easy portability. (A gold bar weighs 28 pounds, and one Bitcoin weighs zero.) Numerous analysts have pointed out that good news about vaccines has hurt gold, whose price tends to thrive when dark economic clouds are gathering. At the same time speculative fever has seized Bitcoin.

Long-term trends are no guide to the current gold-Bitcoin dynamic. The dropping dollar has until recently been a help to both gold, which historically is inversely correlated to the greenback, and Bitcoin, the antithesis of a government fiat denomination.

Then gold began to slide, along with the buck. But the cryptocurrency has stayed aloft. Nonetheless, it’s wise to bear in mind that Bitcoin is known for its extraordinary volatility, so today’s rally could lead to disappointment up ahead.

« How Carbon Pricing Could Get a Boost in Biden’s Washington