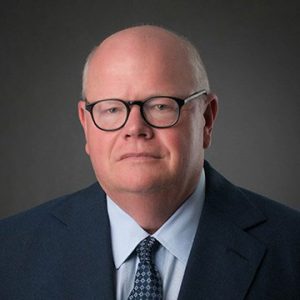 When chief investment officers are ready to transition, they will often choose the player they think is most inclined to bring the fund to the next level. Britt Harris, who has managed more than a collective $500 billion in his lifetime as a chief investment officer at the University of Texas/Texas A&M Investment Management Company (UTIMCO), the Teacher Retirement System of Texas (TRS), and Verizon Investment Corp., and as CEO of Bridgewater Associates, announced on Dec. 9 that he has transitioned from his role as UTIMCO’s CIO, but is remaining at the firm as president and chief executive officer. At his recommendation, the board has appointed Deputy CIO Rich Hall to the chief investment officer position. 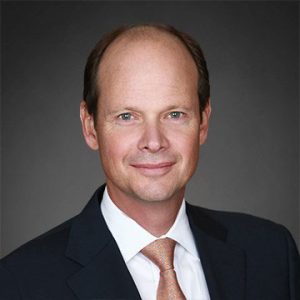 Hall will oversee the $55 billion in endowment funds and $13 billion in operating funds on behalf of 300,000 students and 26 institutions across the University of Texas (UT) and Texas A&M systems.

Harris said he is preparing the investment team for what he foresees as the next generation of investors and global investment issues.

“Last year, we came out publicly and said we were ending a 40-year mega era,” he said. When Harris began his career, inflation was 14%, the S&P500 P/E was 8X and the discount rate was 20%. “Now, the discount rate is zero, and valuations are 21 and inflation was almost zero until recently. So we’ve ended the previous era. And what we have to figure out now is what the new era is going to look like, and that’s going to be Rich’s job with a little help from someone of my generation.”

If inflation becomes a reality, and interest rates rise, UTIMCO’s new CIO said he is prepared to make appropriate adjustments to the portfolio.

In the new year, Hall will be watching the pace of global re-openings, following the latest variant of the coronavirus, and looking to see if parts of Asia can re-open industry on a sustained basis. Still unanswered is the extent of subsequent bottlenecks and price spikes following supply shortages—and their effects on margins and inflation.

“It’s really unresolved; global industry and trade have not yet fully returned to equilibrium,” Hall said.

Another part of the equation for the new year will be watching what the Federal Reserve does to manage liquidity and keep the economy on a solid footing while preventing the economy from overheating, he said. If the Fed tapers too quickly or raises rates more than expected, it could affect the fundamental pricing mechanism in the markets, as well as valuations.

“In the near term, we have modest risk positions relative to our asset allocations,” Hall said.

After 40 years of declining rates, if rates rise, the world could be facing an entirely different economic regime. “Let the economy normalize, get back to that pre-pandemic equilibrium,” Hall said, “Let’s see what the new equilibrium is going to be, and then adjust accordingly.”

Harris believes the “new era,” may be a paradigm shift where “everything is up for grabs” and if so, it will be up to the investment team to pull together and help Hall create a vision for the fund’s strategic future.

“I’ll be a scout for the company,” said Harris, who will be working on the strategic direction of the fund, for the next two to five years, “and frankly, the world.” (He’s planning an energy transition conference for 2022.)

Another transition the pair will be focusing on is the juxtaposition of human and artificial intelligence (AI). “We’ve ended the period of machines replacing physical labor. Now, everyone pays money to go to a gym because physical labor has been eliminated. What we’re in for now is a time when technology replaces mental labor. I have some concern that this may happen more quickly than most expect.”

The team will be exploring how technology will affect capital markets and the structure of industry and public policy.

“All that is going to come in like a storm, and people are not ready for it,” Harris said.

He and the investment team also will be studying future relationships with China.

In the past year, UTIMCO outperformed the benchmarks in each of its asset classes. Its venture capital portfolio performed in the top 1% of all venture portfolios in the Wilshire Trust Universe Comparison Service (TUCS) for the seven- and 10-year time frames, and, according to a June 29 report, showed an increase of 76% in the past year. (Part of it included the windfall of buying Coinbase in 2012 for 23 cents and selling it for $371 during its IPO.) In the past quarter, Harris and Hall hired new venture capital director, Craig Thomas, who is already creating solid relationships for UTIMCO; general counsel Carolina de Onis; and, 18 months ago, new Chief Technology Officer (CTO) Mike Sjolander.

When Harris came to UTIMCO in 2017, the oil and gas part of the endowment portfolio had grown to about 17%. But the University of Texas and Texas A&M system own 2 million acres of oil-rich land in western Texas, which has produced about $1 billion on average from oil and gas royalties annually over the past eight years or so. The surface of the oil-rich acreage also contains wind turbines, solar fields, and agricultural operations. With the University Lands creating significant fixed exposure to oil and gas, the choice was made to dial down the exposure in the endowment portfolios to about 5%, and design the oil and gas portfolio to be mostly opportunistic.

“We need to compensate and balance the risks that client has in other places,” Hall said.

Hall had worked as the head of private equity when Harris was CIO at the Teacher Retirement System of Texas, before returning to his undergrad alma mater at Harvard Management Company as managing director and head of private equity. Reportedly, Harris called him back to UTIMCO in 2018 to groom him to become the next CIO.

Assets under management (AUM) have soared by $24 billion, roughly 30%, since Hall and Harris began working together again. Over the past three years, UTIMCO has generated a 15.9% return, with 2.2% outperformance compared to policy benchmarks, a top decile return compared to the broader universe of foundations and endowments tracked by the TUCS, according to a UTIMCO announcement.

Hall also served as an intelligence officer for six years in the U.S. Navy before earning his MBA from Northwestern University.

Harris said he sought a leader with the right character fit for UTIMCO’s mission to “eradicate poverty through higher education” and its ability to provide financial aid to more than 100,000 students who are eligible for Pell grants on the 14 UT and A&M campuses. (Both Hall and Harris note that their institutions have “ten times more students who receive these grants than the entire Ivy League combined.”)

Said Hall, “Someone who gets a college degree will earn, on average during their working lifetime, a million dollars more than someone who doesn’t. … And when you think about what that can do, to change the trajectory of that individual’s life, their ability to care for their family…”

The investment office also supports MD Anderson Cancer Center, the top hospital in the world for cancer treatment and research, and hosts a roster of inventors, with 207 utility patents filed last year.

“The people we want working here at UTIMCO are the people who are motivated and inspired to serve a mission and a cause that does greater good,” Hall said.

Harris, an executive professor who has taught “Titans of Investing” classes to close to 800 students at both A&M and UT, notes the qualities he most values in leaders at the fund: wisdom, fine preparation skills, courage, the ability to consistently demand excellence over adequacy, and respect for people over the pay.

“Whenever you leave, there should be two things going on. You should be sad and excited about where you are going. And you have to ask yourself, ‘Are you at peace with it?’” Harris said.

Harris, who once was a track and field athlete, compares passing the baton to Hall as if he is the star player who will win the championship: “He’s going to take us to the winners’ circle.”