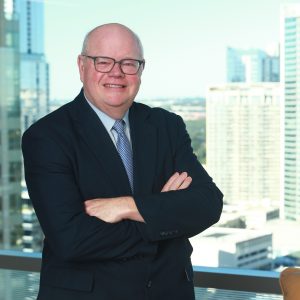 That troubles the iconic asset allocator, whose investing career has been dedicated to supporting education—both at UTIMCO and before that at the Teacher Retirement System of Texas (TRS).

But Harris noted that Millennials, now ages 24 to 40, have been tested in ways that Baby Boomers weren’t. Plus, he said, they are gradually taking charge. Appearing on the Talks at Goldman Sachs webcast dedicated to great investors, he said this young generation’s rise “has already affected the way global big decisions are being made.”

Indeed, in the US, Millennials (aka Generation Y) recently overtook Baby Boomers in numbers, with 72.1 million. As the webcast host, Katie Koch, Goldman’s co-head of fundamental equity business and herself a Millennial, put it: “Their spending is going to increase a lot, while Baby Boomers are going to shrink.”

Harris, a Baby Boomer, recounted the tribulations that Millennials have had to surmount. “When you look at generations, they’re a function of their own history,” he said. Millennials have endured three economic downturns in their lifetimes, he recounted: the recession at the start of the century, the global economic crisis of 2008-09, and now the pandemic-induced slump.

“The typical Millennial is five years behind where their parents were at the same age,” Harris observed, adding that Baby Boomers joined the adult workforce with little college debt, while Millennials have had to borrow large sums. “A lot of them went to college and then they became baristas with a $50,000 debt,” he said.

Harris comes to the subject of young people with a great deal of empathy. He has taught graduate business school classes and mentored many as a finance executive. Aside from his extensive investing success, that’s one reason he was awarded CIO’s 2013 Lifetime Achievement award.

Certainly, as with all generations, the School of Hard Knocks does confer practical wisdom. Harris recounted his own early test. Just two years out of college, he invested $10,000 in an oil company, a stake that ended up worthless. He had read a market tip sheet and listened to someone else praising the stock.

That experience, he said, taught him a valuable lesson: Do extensive due diligence before committing your investment capital. “And so, from that day to this day, I’ve had plenty of losses,” he said. “But I’ve not had a single one where I had to say to myself, ‘I did not do the work,’ or ‘The people that I work with did not do the work.’”

Altogether, he has managed more than $500 billion for millions of people during his life, Harris said. Nonetheless, “that $10,000 loss is probably the best thing that ever happened to me.”

Looking at the future, and from the perspective of a native Texan whose home state is the nation’s chief energy supplier, Harris maintained that fossil fuels will be a key part of the US economy for a long time. “The first thing you’ve got to realize is the technology is not ready,” for renewables to supply all the nation’s energy needs—although he said that will happen eventually.

Prof. Britt Harris and His Army of Investing Titans