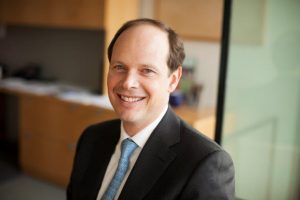 Rich Hall, Harvard Management Company’s (HMC) head of private equity, has given his notice: he’s returning to  Texas (and to Britt Harris) — but this time to the $40 billion University of Texas Investment Management Company (UTIMCO) as deputy CIO.
UTIMCO President, CEO, and CIO Britt Harris , hired August 1 from Teacher Retirement System of Texas, worked with Hall in the past at TRS where Hall had been a manager.

Harris told CIO, “Rich is coming to UTIMCO because of his strong leadership skills, successful investment career, his experience as a culture carrier of the highest order and his passion for the mission that we have at UTIMCO. That mission is to invest effectively to help irradiate poverty through education, enhance society though Research and to help cure and care for those with cancer and other significant medical needs.”

UTIMCO had put its private equity expansion on hold in September due to higher valuations and a potential need for more liquidity.
When asked if Hall’s expertise in private equity was related, Harris responded, “There are no near term plans to alter the endowment’s basic asset allocation at this time. Rich’s purview will expand well beyond private markets which are fully valued at the present time.”

Hall is leaving Harvard during a time of vast restructuring. In a financial report earlier this year, Harvard CEO Narv Narvekar had noted, “today’s market landscape makes it ever more difficult to attract and retain top portfolio managers.”

Narvekar took the helm in December 2016, and HMC has been swiftly changing from a more siloed approach which includes largely exiting internal management of public markets assets, announcing plans  to lay off half of its staff of 230, stalling fossil fuel investments, shutting down the relative value platform, repositioning the credit platform to be managed, in part, internally, and setting expectations to spin off the real estate platform. In HMC’s annual report, the CEO wrote, “In a perfect world, we would have moved through these changes over a much longer period. However, given the time needed for these changes to impact results, the HMC Board of Directors and I strongly believe that HMC will be in a far better position by moving quickly.”

The $37 billion endowment faced what Narvekar called “disappointing”  8.1% returns in 2017, noting in the annual report, “The endowment’s returns are a symptom of deep structural problems at HMC and the resultant significant issues in the portfolio.”

Hall’s last day will be Feb. 2, and his replacement has not yet been announced.
In a memo to staff obtained by CIO, Narvekar said:

“Since joining HMC from the Teacher Retirement System of Texas in 2014, Rich has proven himself to be a talented investor, a responsible steward of the University’s resources, and a wonderful colleague. He also played an integral role in adapting our team to the generalist model over the past year. Rich’s contributions leave us well-positioned for the future. We will miss having him as a member of our team, but we’re excited for his new opportunity.”