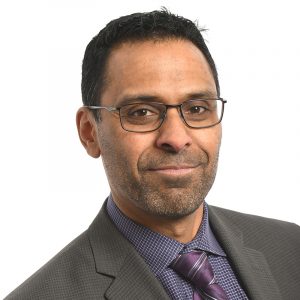 The C$13.5 billion (US$10.8 billion) Colleges of Applied Arts and Technology (CAAT) Pension Plan has named Asif Haque as its new CIO as of May 1. He will succeed Julie Cays, who plans to retire at the end of April.

Asif, who is the pension fund’s managing director of public markets, joined CAAT in 2010 and has been responsible for its C$11 billion public markets portfolio. The plan says Asif’s team has outperformed market benchmarks over the long-term thanks to effective external manager selection and strategic internal structuring decisions.

“We’re excited to have Asif take over leading our investment team at this critical juncture,” Derek Dobson, CEO of CAAT, said in a statement. “Asif has the strategic vision, skills, and experience we need to support the continued growth of the plan, which is targeted to exceed C$30 billion in assets by 2027.”

Asif will report directly to Dobson.

Cays joined CAAT in 2006, and under her stewardship the plan earned 10-year annualized returns of 10%, and grew from a traditional asset mix of C$5.3 billion to a diversified portfolio with more than C$13.5 billion under management. Cays oversaw the implementation of CAAT’s private market fund and co-investment programs in private equity, infrastructure, and real estate. And in December, she was named CIO of the year by the Canadian Investment Review.

As of the beginning of the year, the CAAT Pension Plan had a funded level of 119% and a funding reserve of C$3.3 billion.

“I want to thank Julie for her countless contributions to CAAT and congratulate Asif on his new role,” Dobson said. “Julie has been an exemplary leader for CAAT, with influence far beyond investments. We have full confidence Asif will be the same, helping advance our mission to expand defined benefit [DB] coverage to more workers across Canada.”

Outside of CAAT, Asif serves on the board of the Pension Investment Association of Canada (PIAC) and on the investment committees of the United Church of Canada Pension Plan and Nunavut Tunngavik, an organization that supports programs for Inuit people in Nunavut. Before CAAT, Asif held leadership roles at the Public Sector Pension Investment Board (PSP) and State Street Canada.