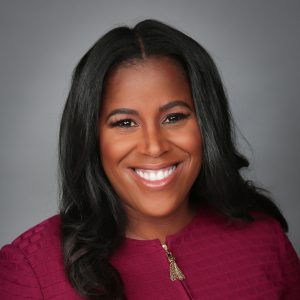 “I often think about the day my father asked me to help him plan his retirement, and I had to tell him, ‘Dad, your pension is not enough,’” Duckett said in a statement. “Now, thanks to his work and sacrifices and the support of many others who have guided me throughout my life and career, I am blessed to join TIAA.”

At JPMorgan Chase, Duckett managed a banking network with more than $600 billion in deposits, 4,900 branches and over 40,000 employees, and she led the bank’s first major branch expansion in a decade, which added 400 new branches in 20 new markets.

Duckett is the executive sponsor of JPMorgan Chase’s Advancing Black Pathways program, the bank’s initiative to help African Americans close historical achievement gaps in wealth creation, education, and career success. She is also a member of the steering committee of JPMorgan Chase’s Women on the Move initiative, which aims to advance women in their careers and in business.

Additionally, she is the executive sponsor of the company’s The Fellowship Initiative, which offers young men of color academic and social support.

Duckett started her career at Fannie Mae, where she worked for eight years and led affordable housing initiatives for people of color. She joined JPMorgan Chase in 2004 as senior vice president, emerging markets and affordable lending. She holds a bachelor’s in finance and marketing from the University of Houston and an MBA from Baylor University’s Hankamer School of Business.

“Thasunda is widely recognized as an exceptionally dynamic and inspirational leader,” Ronald Thompson, chairman of TIAA’s board of trustees, said in a statement. “She brings invaluable experience leading and growing large, complex businesses, setting and executing strategy, improving client experience, and attracting and developing talent.”