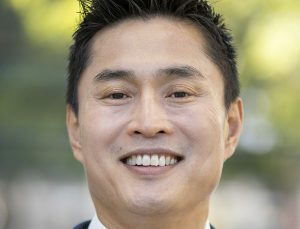 A state ethics investigation will examine whether former California Public Employees’ Retirement System (CalPERS) CIO Ben Meng violated conflict of interest laws when he oversaw investments in private equity funds at the same time that he was personally invested in firms that ran the funds.

The commission’s announcement of a formal investigation is a significant step because it means commission staff found the complaint had enough merit to at least launch an investigation.

“Complaints are taken under review to determine merit, whether or not to open an investigation, “ said commission spokesman Jay Wierenga. “If not, a complaint is dismissed. If there’s merit (which is to say there is information to indicate a POTENTIAL violation) then an investigation begins.”

Meng could face penalties of $5,000 per violation if he is found to have breached ethics regulations.

Meng resigned as the chief investment officer of the nation’s largest pension fund on Aug. 5, just 18 months after he took the top spot.

As required by state law, Meng disclosed that he owned shares of the Blackstone Group shortly after taking office in January 2019. The review is examining the pension system’s $1 billion investment in a Blackstone fund in April 2019 and why Meng did not recuse himself from the investment decision.

Meng resigned a day after the first of two anonymous complaints was filed with state ethics officials.

Meng has told CalPERS officials that failing to recuse himself from the Blackstone investment decision was an oversight on his part, not an intentional act.

On Monday, CalPERS Chief Executive Officer Marcie Frost was questioned by the CalPERS board for four hours in a closed session on what she knew about Meng’s financial disclosures.

In response to the issues surrounding Meng’s financial disclosure forms, CalPERS is expected to issue new rules regarding the filing of the disclosure forms by pension system employees, including the more than 400 staffers in the investment office.

“We are committed to strong compliance protocols,” Frost said in a statement Monday night. “At next month’s meeting, we will bring to  the board specific policy options for their considerations. We will always do everything we can to be transparent and accountable in our mission to deliver retirement security to California’s public employees.”

Meng has cited health issues as the reason for his resignation and has refused requests for an interview. CalPERS has appointed its deputy chief investment officer, Dan Bienvenue, as the interim CIO while it searches for a replacement for Meng.

During a brief public session Monday before going into closed session, CalPERS Board President Henry Jones refused a request by California State Controller Betty Yee, a member of the CalPERS board, to speak about Meng.

Following his resignation, Yee had criticized Meng for a lapse in judgment and his lack of adherence to conflict of interest policies. She called for an emergency board meeting to discuss the situation and the addition of safeguards to prevent future incidents.

On Monday, she asked Jones when CalPERS would discuss her request for the emergency meeting in public.

“I just wanted to know at what point we’re going to have a hearing on those topics because it doesn’t seem like those will be covered in closed session today,” she said.

Jones cut her off, saying the meeting request could be discussed in closed session.

Another board member, Margaret Brown, also attempted to bring up the Meng matter in the public session, saying that members of the public wanted to comment during the streamed meeting.

She was told by CalPERS Attorney Matt Jacobs that could not happen because the board was going into closed session.

Brown told CIO that she was disappointed that members of the public could not voice their opinions.

“They should have had an opportunity to speak,” she said.

The leaders of dozens of municipalities in California whose employees are covered by the fund have faced increasingly larger pension payments over the years.

Before starting at Sacramento-based CalPERS, Meng worked from 2015 to 2018 as deputy CIO of China’s State Administration of Foreign Exchange. Meng, an American citizen who was born in China, was one of the top officials in charge of managing China’s $3 trillion in foreign currency reserves.

Meng had previously worked at CalPERS before 2015, starting as an investment officer and rising to the pension’s chief of asset allocation. He had also worked at several investment firms.

Before his departure, Meng was pushing the pension plan to invest in private credit, insisting that direct lending could help the organization meet its expected annual rate of rate in the future in a difficult economic environment.