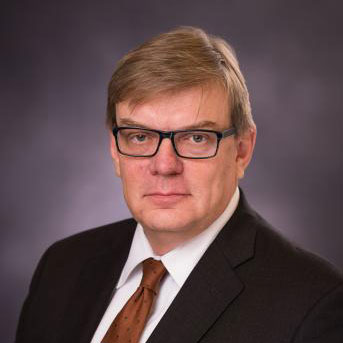 Kelsen steps into the role as former CTPF CIO Angela Miller-May begins her new post at the $54 billion Illinois Municipal Retirement Fund (IMRF). Like Kelsen, when she took the top post at Chicago Teachers’, Miller-May was promoted to CIO from within the organization from her role as director of investments. She served for four years in the CIO role and, among other achievements, is credited with diversifying the fund’s roster of investment partners to include more firms owned by minorities, women, and people with disabilities, which is also an area of focus for IMRF.

Before taking the post at IMRF, Miller-May led the Chicago Teachers’ fund to a historic high—a 28.68% net return on investments for the 2020-21 fiscal year, beating the benchmark of 27.03%. Over the past three years, her returns averaged 12.17%. She will take the post at IMRF following the exit of former CIO Dhvani Shah, who moved into the CIO role at the automotive-themed $16 billion JM Family Enterprises.

Kelsen has been at CTPF since 2014 and has more than 30 years of experience in research, capital market management, portfolio management, asset allocation, consulting, and pension fund investments. He studied economics at Keene State College and is credited with helping to move CTPF’s private equity portfolio from a pure fund-of fund-model to a hybrid construct.

His primary CTPF responsibilities have been focused on private equity, private credit, natural resources, asset allocation, portfolio strategy, securities lending, transition management, cash management, and portfolio efficiency. The fund says he has been instrumental in providing knowledge transfer and mentorship to the investment department, according to a press release from CTPF.

Despite beating its benchmarks for the past 29 years (i.e., since the fund’s inception), the funded ratio for pension benefits was 45.4% based on the market value of assets as of June 30, 2020, according to a CTPF spokeswoman.

According to CTPF, as interim CIO, Kelsen will be mainly responsible for managing and directing CTPF’s investment operations in accordance with the Illinois Pension Code; the investment policy statement (IPS); the board rules, orders, and resolutions; and all applicable laws, and he will report to executive director Carlton W. Lenoir Sr.

Lenoir said, “We appreciate Andrew’s willingness to step into the role of CIO. With his career experience and background, Andrew will make an immediate impact, providing leadership for the team without interruption to our policies, pacing, objectives, and goals. I look forward to working with him in his new role.”

The spokeswoman for the fund said CTPF has not hired a search firm to permanently fill the CIO position at this time.

« Why Corporate Execs Have the Supply Chain Blues