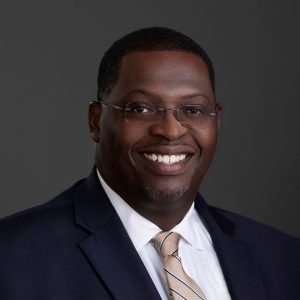 Carlton Lenoir Sr. has been named executive director of the Chicago Teachers’ Pension Fund (CTPF), effective Aug. 2. He rejoins the pension fund from the Illinois Teachers’ Retirement System, where has was the chief benefits officer for the past five years.

Early in his career, Lenoir was a benefits manager at CTPF, where he worked for four years before moving on to the Employees’ Retirement System of Georgia (ERSGA). He was at the Georgia fund for nearly 11 years, working his way up from director, financial management, to chief financial officer (CFO) to deputy executive director. He then moved on to the Illinois Teachers’ Retirement System in 2016.

“The trustees are pleased to welcome Mr. Lenoir back to the fund,” CTPF Board of Trustees President Jeffery Blackwell said in a statement. “His senior level financial experience coupled with his institutional knowledge, operational expertise, strategic background, and collaborative style will serve the fund well.”

“I have always had a desire to serve the public school system,” Lenoir said in a statement. “I deeply understand and appreciate the need to protect and enhance the future economic well-being of members and beneficiaries through best practices in management, investments, and member services.”

In a CTPF board meeting last August, Blackwell, who is the first African American male president of the CTPF’s board of trustees, chastised the fund for breeding a “culture of blatant racism and sexism.”

“For the last year and a half, I have been witness to some of the most abhorrent, disturbing, and despicable actions by former and current trustees on this board,” Blackwell said at the board meeting. “My silence will no longer be used as complicity to enable unethical and terrible behavior from trustees.”

« Sign Up for Our Upcoming Webinar on Fixed Income