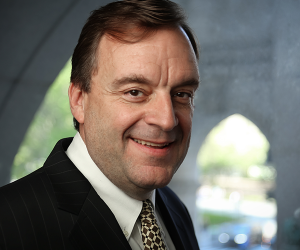 After nearly four years with the pension fund system covering New York City’s employees, its chief investment officer will be leaving his post at the end of June, CIO has learned.

Scott Evans, CIO of the New York City Pension Funds ($194 billion), asked to step down from his role on June 29, just as the five-plan pension system’s fiscal year ends, a statement from city Comptroller Scott Stringer confirmed on Monday.

Stringer’s office will conduct a national search to fill the vacancy, with Alex Doñé, deputy CIO, in charge of private markets for the Bureau of Asset Management (BAM) stepping up as interim CIO in the meantime. He will work closely with Michael Haddad, deputy CIO of the bureau’s public markets unit.  Stringer expects to find Evans’ replacement by the end of the year.

Evans thanked Comptroller Stringer for “giving me this opportunity to serve my city, and for his unwavering support for sound decision-making on behalf of our hard-working pension beneficiaries” in the statement. He also expressed confidence in Doñé’s leadership abilities.

Evans will be the third New York pension CIO to announced their departure this month, following Sean Crawford’s move from the MTA and Vicki Fuller’s retirement from the New York Common Retirement Fund ($209 billion), which covers state and local governments outside the city.

During his time with the fourth-largest US public pension system, Evans and the bureau produced a 7.4% annual return, beating the 7% actuarial assumed rate. In addition to championing diversity, increasing transparency, and rearranging the policy and structure of the five plans, Evans also restructured the bureau as well, creating deputy CIO, chief risk officer, and chief compliance officer positions.

In December, Evans received the CIO Innovation Award for best public defined benefit plan above $100 billion. Along with Crawford, he was recently a panelist at the CIO Summit earlier this month.

“Scott Evans is a consummate professional whose pension advice is sought after around the globe, and I know I speak on behalf of all our trustees when I thank him and the rest of BAM staff for their superb management of the funds these last four years,” Stringer said.