Home > News > Newsmakers > CIOs: What Brexit Means for You

Everyone in the European financial services sector is having their say on the UK’s historic referendum result. Little, if anything, will be decided today—Prime Minister David Cameron’s future employment aside—but investors’ thoughts are already turning to the question of ‘What now?’. CIO filters out the noise.

“The Bank of England’s (BoE) first priority will be to provide ample liquidity to avoid any funding stresses, in our view. The magnitude and volatility of the British pound’s fall will likely dictate further responses. We expect the central bank to cut its 0.5% policy interest rate to zero soon, and see it returning to quantitative easing rather than pushing rates into negative territory.” —BlackRock

“In the eyes of markets, this could erode the safe-haven status of the EU itself, and—together with the European Central Bank’s quantitative easing (QE)—support the US dollar. If sustained, this offers an additional brake for the Federal Reserve to ‘peak out’ early on raising US rates.” —Neil Williams, chief economist, Hermes Investment Management 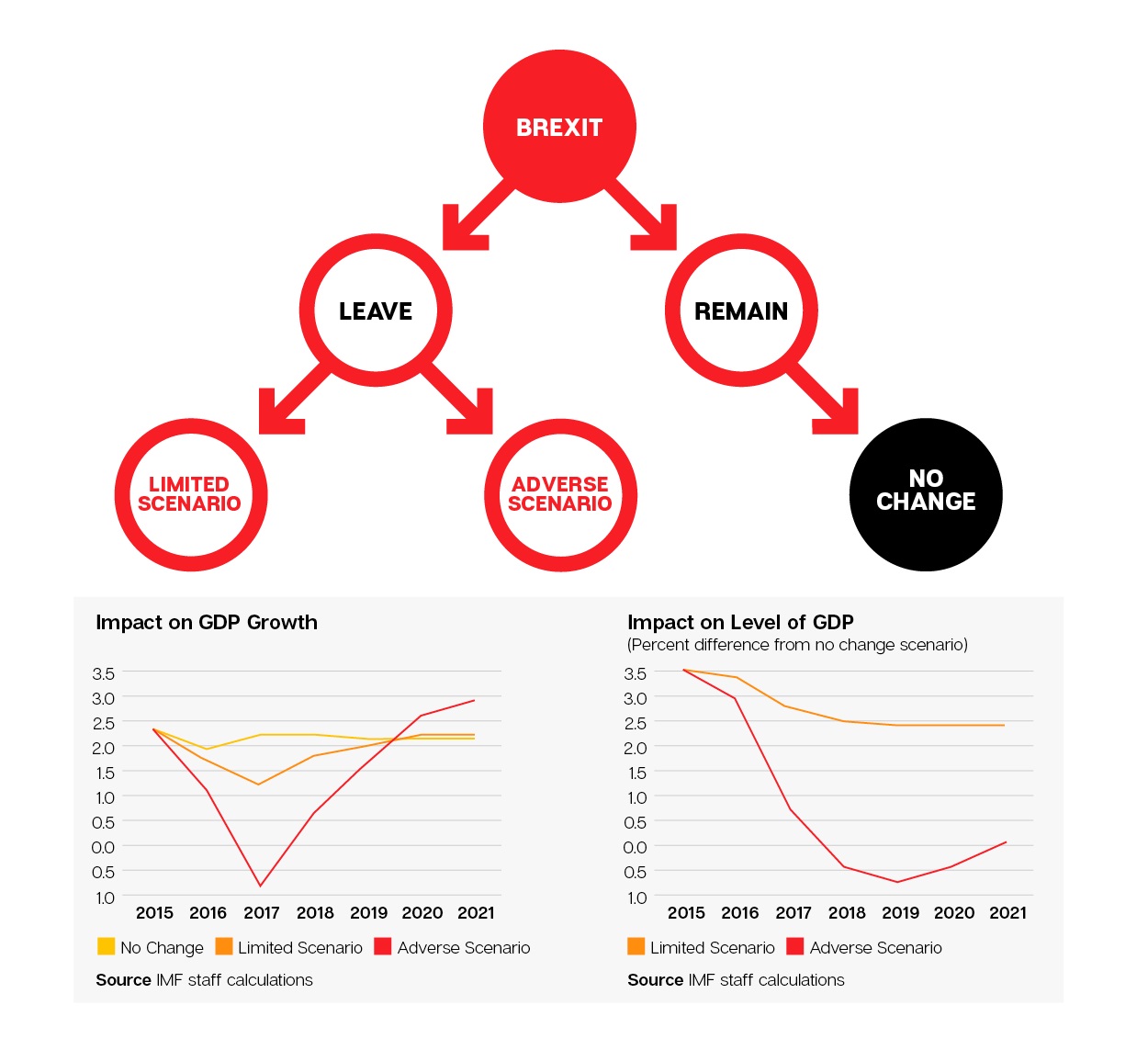 Click the image to see the full graphic.“On the back of this morning’s result we expect the UK will fall into a recession. Unfortunately I see unstable market conditions lasting for between three and five years whilst new trade agreements are drawn up.” —Piers Hillier, CIO, Royal London Asset Management

“Consistent with the Treasury’s assessment ahead of the vote, our base case has now shifted to a UK recession in the second half of 2016. This is likely to be triggered by a short-term retrenchment in both corporate and consumer spending.” —Hetal Mehta, European economist, and Christopher Jeffery, strategist, Legal & General Investment Management

“Because investors bought rather than sold UK assets before the vote, there is a heightened risk of outflows from both UK equities and gilts.” —Michael Metcalfe, head of global macro strategy, State Street Global Markets

“Brexit will be moderately credit negative for the UK sovereign and as we have previously stated we will review the sovereign rating shortly. Any negative sovereign rating action would affect the relatively small number of sovereign-linked or capped ratings in infrastructure, public finance and structured finance and government-guaranteed bank debt. But overall we expect near-term rating actions for other sectors to be limited.” —Fitch Ratings

“It’s possible that dealing with Brexit, the hit to growth, and any reduced attractiveness of UK gilts to international investors—who account for about one third of the UK’s £1.3 trillion of conventional gilts—from a falling pound may need the BoE to again run QE. Potentially, though, this would intensify the pressure on pension schemes from ‘lower for even longer’ bond yields.” —Neil Williams, chief economist, Hermes Investment Management

“The outlook for European risk assets is clouded. We see a hit to UK growth in the short as well as medium-term, and this economic loss emanating from the UK will impact the nascent economic recovery seen across the continent. But valuations will be hit hardest by for the profound uncertainty as to the prospects of political contagion rather than any immediate impact to company bottom lines.” —Toby Nangle, head of multi asset allocation, Columbia Threadneedle

“I would expect to see some ramifications on the weaker economies in the eurozone and wider EU, with peripheral European bond spreads likely widening, and I would expect the euro to go down—although likely not as much as the pound—as people question the future of the EU project.” —David Zahn, head of European fixed income, Franklin Templeton

“Although there is a risk that Brexit could trigger a house price crash—we previously estimated that the housing market may be as much as 40% overvalued—this is not a likely outcome in our view unless the [BoE] decides to raise interest rates. Consequently, we view a slowdown to a more modest pace of house price inflation than we had forecast for the UK remaining a member of the EU.” —Fathom Consulting

“We believe this vote is extremely damaging to the UK economy. We will be reducing our UK property position, as the asset class is seen at risk. How we next deploy the proceeds is currently being carefully considered.” —Marino Valensise, head of multi-asset and income, Baring Asset Management

“Hand in hand with [Brexit] will be liquidity concerns for funds, especially if there is a run of outflows over a long period of time with no market correction. Regulators have been focused on liquidity risk for some time and the asset management industry should already have stress tested for this outcome but those who prove unequal to the task can expect scrutiny.” —Mark Pugh, UK asset management leader, PricewaterhouseCoopers

“Norges Bank has undertaken contingency planning and is monitoring developments closely. We are continuously assessing the liquidity situation.” —Norges Bank 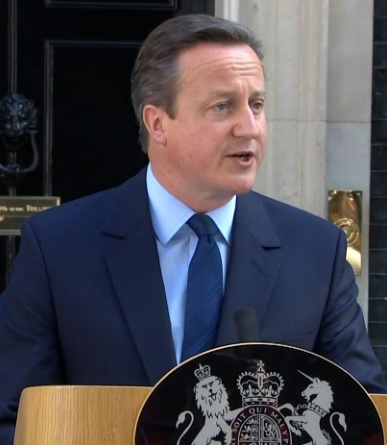 “The will of the British people is an instruction that must be delivered. It was not a decision that was taken lightly, not least because so many things were said by so many different organisations about the significance of this decision… I will do everything I can as prime minister to steady the ship over the coming weeks and months, but I do not think it would be right for me to try to be the captain that steers our country to its next destination.” —David Cameron, UK prime minister